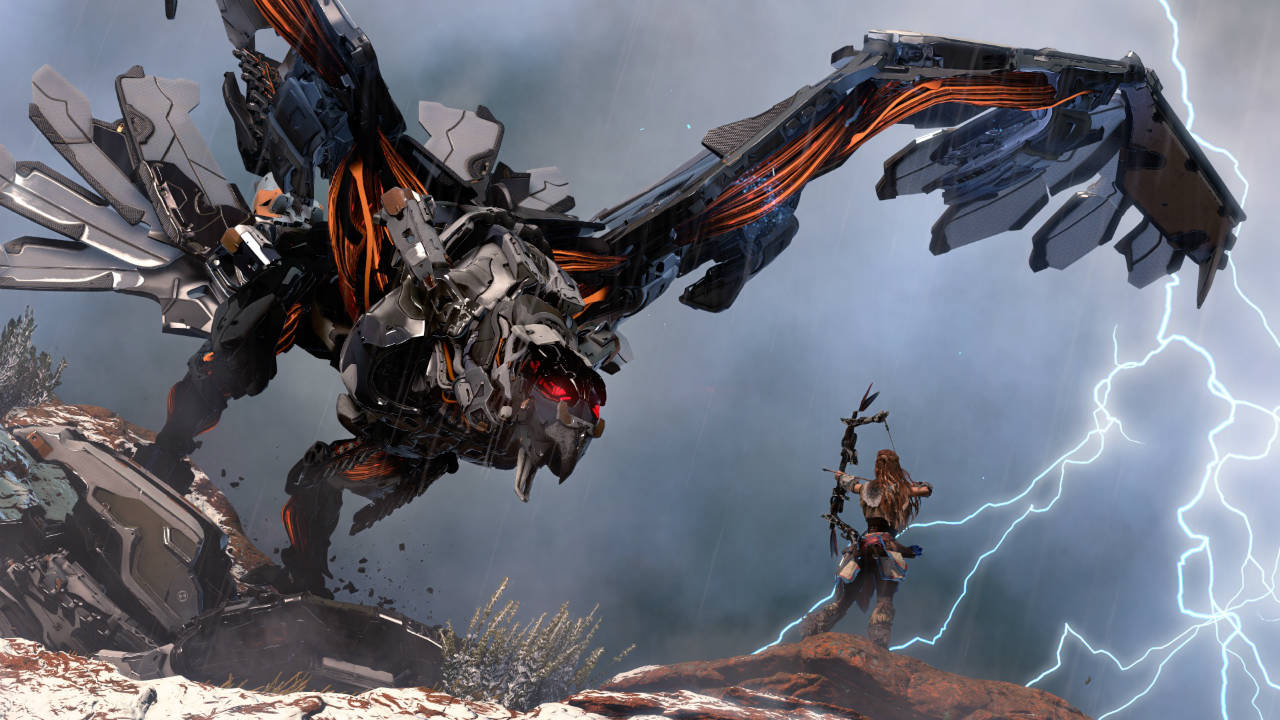 Guerrilla Games’ Horizon: Zero Dawn has already drawn comparisons to The Witcher 3: Wild Hunt for its monster hunting and grandiose scale. While there’s still some doubt regarding just how big the world can really be (since The Witcher 3 is absolutely massive in size and things to do), director Mathijs de Jonge took to Twitter to clarify some bits.

On the game’s scale, de Jonge stated that, “All I can say now is that it is comparable to other recent open world games.” We’ll take that to mean it can be comparable to The Witcher 3 or Batman: Arkham Knight since that’s as recent as you can get.

de Jonge also offered some new information on how the game’s healing works. Rather than a purely regenerative health system, you’ll need to heal yourself using “things from nature”.

As for the hunting missions in-game, de Jonge only offered that, “There will be different types, but.. to be revealed later!”

Finally, if the name sounds a little odd, then don’t worry. According to de Jonge, “The meaning of ‘Zero Dawn’ will be uncovered when you play.” Does that mean we’ll discover exactly why Skynet hates us so much?

Regardless, Horizon: Zero Dawn is currently slated to release in 2016 for the PlayStation 4.