Plants vs. Zombies: Battle for Neighborville is also included in the line-up. All three titles will be free for subscribers starting August 3rd. 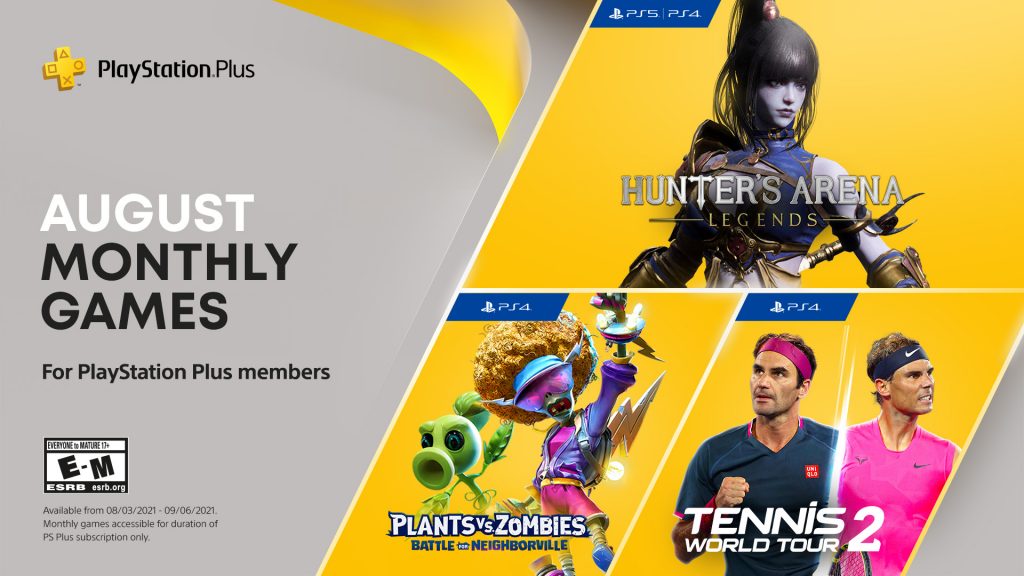 Next month’s line-up of free titles for PlayStation Plus subscribers has finally been revealed. Leading the pack is Hunter’s Arena: Legends from Mantisco, set in an age where hunters battle demons (and each other) for supremacy. The PvEv supports up to 30 players and involves venturing into dungeons to battle AI foes, gather loot and level up to overcome other hunters.

Hunter’s Arena: Legends will be available for both PS4 and PS5 subscribers, which is a nice bonus given the pattern of PS5-exclusive titles on the service for the past few months. Other free games include Plants vs. Zombies: Battle for Neighborville, an online shooter based on the Plants vs. Zombies franchise. Choose from 20 different classes and either challenge other players in competitive Arena battles or face hordes of enemies in PvE modes.

Nacon’s Tennis World Tour 2 is the third free game in August and sees players partaking in tennis battles. Either create your own character or choose a pro. Compete in Casual and Ranked games to climb the rankings or simply take on friends in local and online matches. There’s even a Career Mode for building up your own team, gathering staff and sponsors to find success in the world of pro tennis.

All of these titles will be available from the PlayStation Store on August 3rd.