Illumiroom Not Yet Ready for Xbox 720, Public Demo Slated for July

So don't expect it at the May 21st reveal for Microsoft's next gen console. 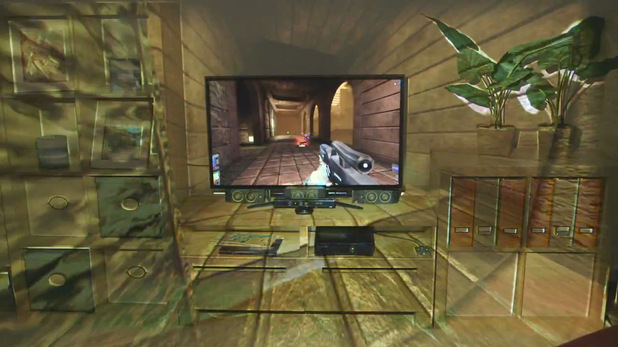 Microsoft recently unveiled Illuiroom, its “ultra-wide field of view device” that sits “on the user’s coffee table, projecting over a large area surrounding the television” and which would be connected wirelessly to the a next gen console as another display.

And while it announced intentions to fully integrate the technology into its next generation console, allowing for new games to be built from the ground up, don’t expect it to pop up during the May 21st reveal of the next Xbox.

Speaking to Engadget at CHI 2013, Microsoft Research’s Hrvoje Benko and Brett Jones stated that while Illumiroom is working quite well at present, its not ready to demo to the public until July, when they will showcase it at Siggraph.

Given that it runs using Kinect, it’s wholly possible that the device retails separately until Microsoft is able to fully integrate it into the Xbox 720. Well, at least we know what to not expect on May 21st when the company takes the wraps off of its next gen console.