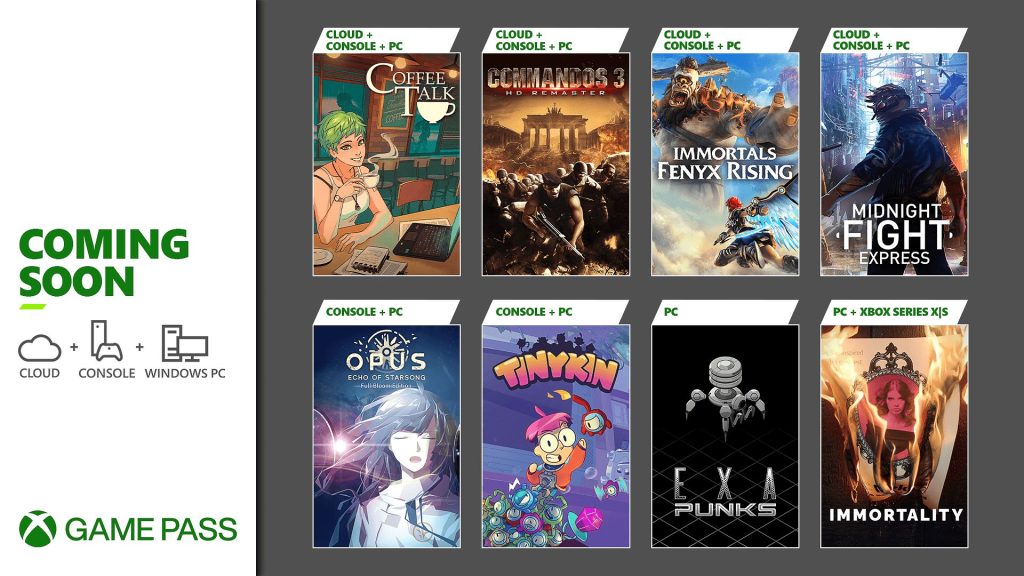 Earlier this month, Game Pass added a number of solid games to its impressive catalog of games on offer to subscribers, and now, Microsoft has revealed what the month’s second wave of additions is going to bring- and there’s some interesting stuff to look forward to once again.

Leading the pack and grabbing the headlines, as was leaked recently, is Ubisoft’s Immortals Fenyx Rising, which will be added to Game Pass for cloud, console, and PC on August 30. Ubisoft’s open world action-adventure title is among the company’s better games in recent years, so Game Pass subscribers who haven’t already check out the game will want to do so.

On the same day, the service will also add a number of other games, including Commandos 3 – HD Remaster (for cloud, console, and PC), Immortality (for cloud, Xbox Series X/S, and PC), and Tinykin (for console and PC).

Before that, on August 23, Humble Games’ brawler Midnight Fight Express will become available via Game Pass on day one, while on August 25, the service will add Exapunks (for PC only) and Opus: Echo of Starsong – Full Bloom Edition (for console and PC). Finally, there’s also Coffee Talk, which is available starting today (for cloud, console, and PC).