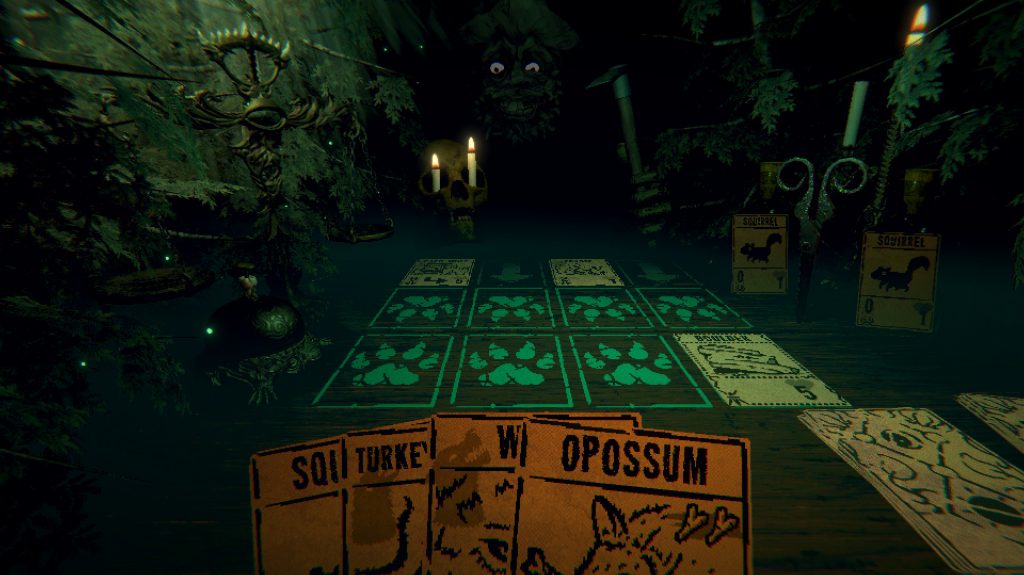 Devolver Digital has announced that Inscryption, developed by Daniel Mullins of Pony Island and The Hex fame, has sold over one million copies. It released in October 2021 and garnered numerous accolades – along with a few Game of the Year awards – for its gameplay.

Inscryption is a mix of rogue-like deck-building and escape room puzzles combined with psychological horror. You’re trapped in a cabin with a mysterious entity that administers the game and must play to survive. Several of your cards are alive and must be sacrificed to win, which is only the beginning of the macabre dealings. Along with strong critical acclaim, Inscryption has an “Overwhelmingly Positive” rating on Steam with over 48,000 user reviews.

Inscryption is currently available for PC. For more details on the gameplay, check out the overview trailer by Mullins himself here (which contains a fair bit of Fourth Wall breaking). Kaycee’s Mod recently went into open beta for the game and adds an endless rogue-like deck-builder option for fans. Learn more about that here.

The stoat wants you to know that Inscryption has crossed one million copies sold.

Thanks to all of you, the brave squirrels, and the brilliant @DMullinsGames! pic.twitter.com/gC8TQi2Ol6