Is Apple Getting Ready To Make A Major Gaming Related Announcement This Friday?

What could Apple be up to? 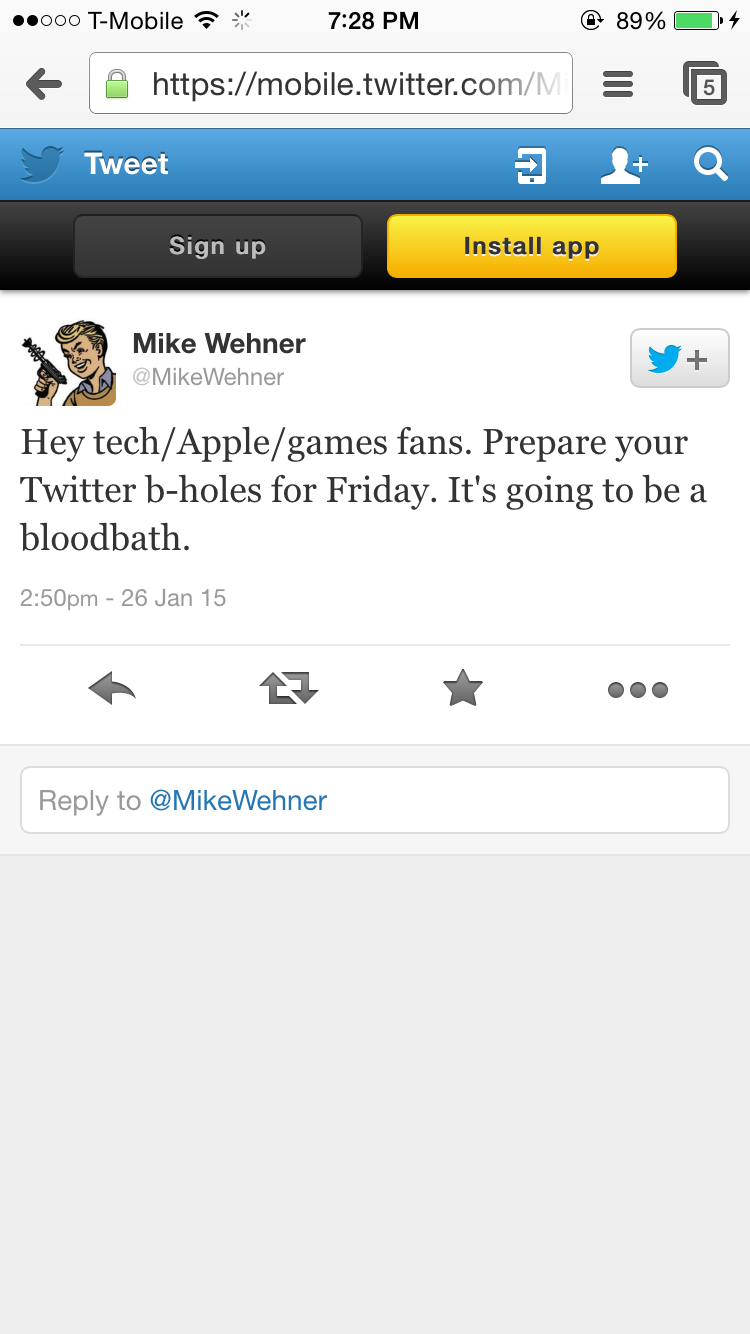 Apple has managed to become a massive part of the gaming industry in spite of almost no active participation on their part, all thanks to the rise of mobile and tablet gaming, which has been fueled largely because of the App Store delivery infrastructure that they laid down for their iOS devices. That said, a lot of people have expected a real, aggressive move by Apple to attempt to enter the gaming industry proper for a while now- while the game console business is hostile to newcomers (just ask Microsoft, who, after more than ten years of Xbox, are cumulatively still in loss for that department), gaming itself is a massive, lucrative industry, and it’s not difficult to see why Apple might want in on that.

So far, Apple has done absolutely nothing, but it seems that might be about to change this Friday. Mike Wehner, a well known journalist of Daily Dot, TUAW, and USA Today, took to his Twitter to post the following not so cryptic message:

‘Hey tech/Apple/games fans. Prepare your Twitter b-holes for Friday. It’s going to be a bloodbath,’ before he followed it up with, ‘Mark it on your calendar and you’ll see.’

The tweet has since been deleted- which lends credence to the fact that this writer might have leaked something he wasn’t supposed to- but we managed to get a screencap for you before it vanished into the ether of the internet, which you can see above.

Now this is certainly very interesting- the first impulse might be to expect that Apple is about to make a major announcement, but Apple does not work that way- they don’t make major announcements like this before sending invites out to the press often a month in advance (so this would be out of the blue and incongruous), and they also never make announcements on Friday- they usually prefer the middle of the week like Tuesday or Wednesday, when all eyes are on them.

So what could this possibly be? A popular theory is that this might just be a refresh of the Apple TV, which would make it a proper Apple made, iOS based microconsole, which might just have more success in the market than any Android or PlayStation microconsole has so far. Another theory is that Apple may have, somehow, managed to secure a major exclusive, either for their iOS device, or for Mac. As for what that exclusive might be that might cause a ‘bloodbath,’ I have no idea.