This could either be grasping at straws or excellent detective work. 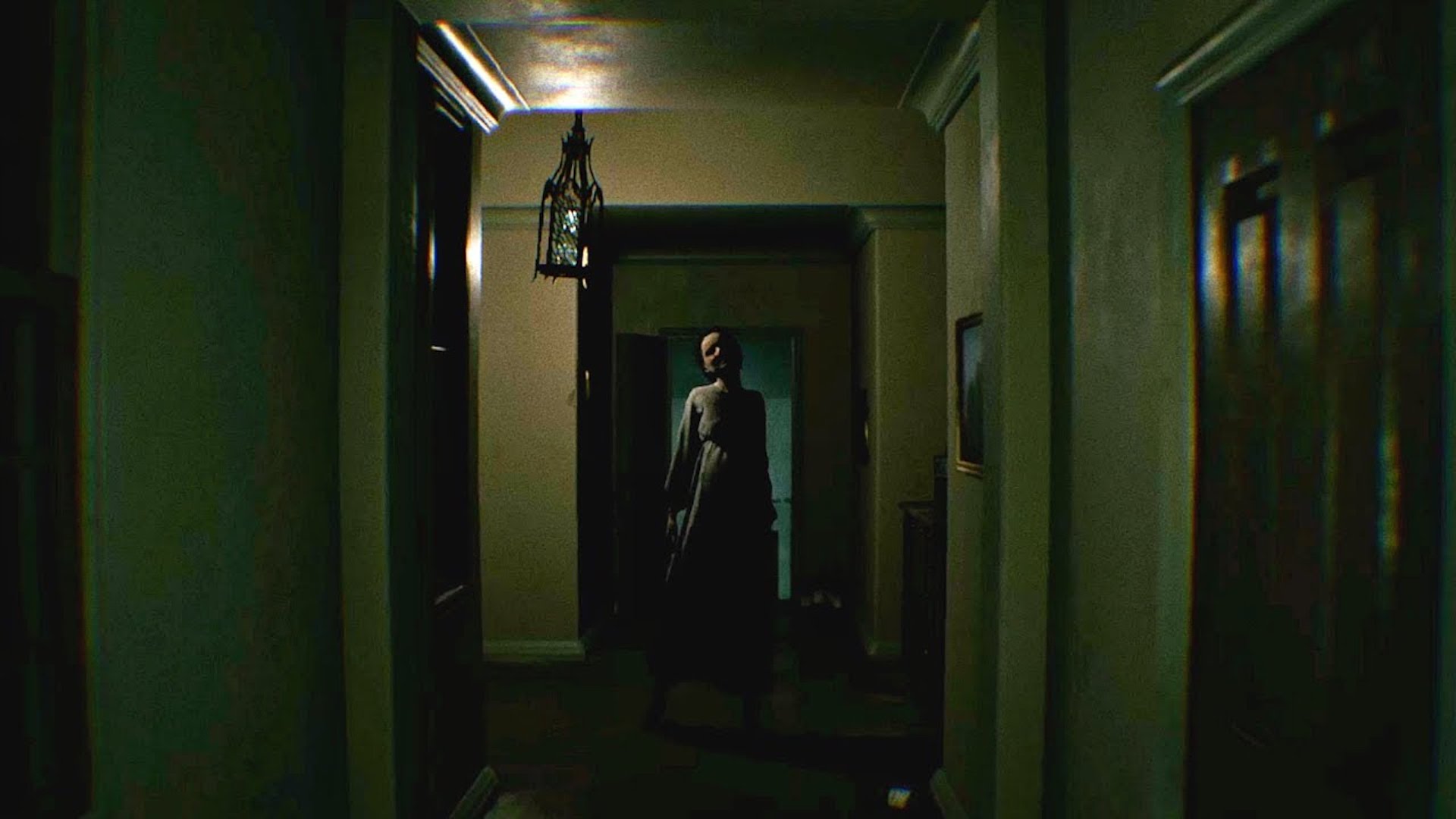 Here we go again- Hideo Kojima just inspires this sort of craziness in all of us. But there’s a minute chance that his studio, Kojima Productions, might be teasing something related to Silent Hill. It’s a slim chance, not least because it’s based on a lot of stuff that’s either circumstantial, or probably doesn’t mean as much as we might think- but it’s worth bringing up.

Recently, Kojima Productions’ head of communications Aki Saito took to Twitter from the studio’s official page, and posted what seems to be an ordinary update on face value. He apologized for having been silent of late, explaining that he’s been really busy, and that he will be able to talk about what he’s been busy with “soon”. The tweet was also accompanied with an image of him sitting at his desk and writing something in a notepad.

As pointed out by DuskGolem (aka AestheticGamer) on ResetEra, there might be some interesting hints in that tweet. For starters, the fact that Saito says he’ll be able talk about what Kojima Productions have bee busy with soon obviously means that he’s teasing something. Some detective work sheds light on what might be other details as well. The usage of the word “silent” has set off some alarms, while zooming into the image in the tweet shows “Next week!” written across the notepad on Saito’s desk. Finally, the pencil he’s holding in his hand is a “Pyramid” branded one. That stuff put together has some people believing that he might be teasing something Silet Hill-related.

While all of that in isolation might very well seem like grasping at straws, recent developments over the past few weeks make it seem like not that much of a stretch. Reports about new Silent Hill games in development emerged last month, which were followed by Konami stating that they were looking into ways to bring the horror series back.

Shortly before that, Masahiro Ito, who served as the monster designer on several Silent Hill games, said that he was working on an unannounced project as a core member of its development team, and that he was hoping it “won’t get cancelled.”

Kojima Productions are also moving ahead to a new “big” project, with Kojima himself having been talking about working on the game’s concept of late. He’s also expressed a desire to develop a horror title multiple times in recent months.

Finally, notably, in a report by Eurogamer about the aforementioned Silent Hill games last month, it was suggested that Kojima Productions and Konami were no longer on bad terms. “While it might seem preposterous that Konami would work with Kojima again following their public falling out a few years back, anonymous sources I trust have anecdotally intimated to me that over the last year or two, the ice has thawed between them,” a part of the report read.

Again, though, this needs to be said- don’t get your hopes up just yet. It’s entirely possible that all this “evidence”, so to speak, is just circumstantial stuff, and that Saito is teasing something completely different in his tweet. Death Stranding’s PC release is scheduled for Summer and doesn’t yet have a fixed launch date, so there’s a distinct possibility that Kojima Productions are generating excitement for that announcement.

Either way, we’ll keep you updated as (or if) this story develops, so stay tuned.

Sorry to be silent everyone! I've been really busy lately…..I think i can say more soon about what we are going to…..#KojimaProductions https://t.co/Vr0qPj3DwV pic.twitter.com/BiweDgGC4v 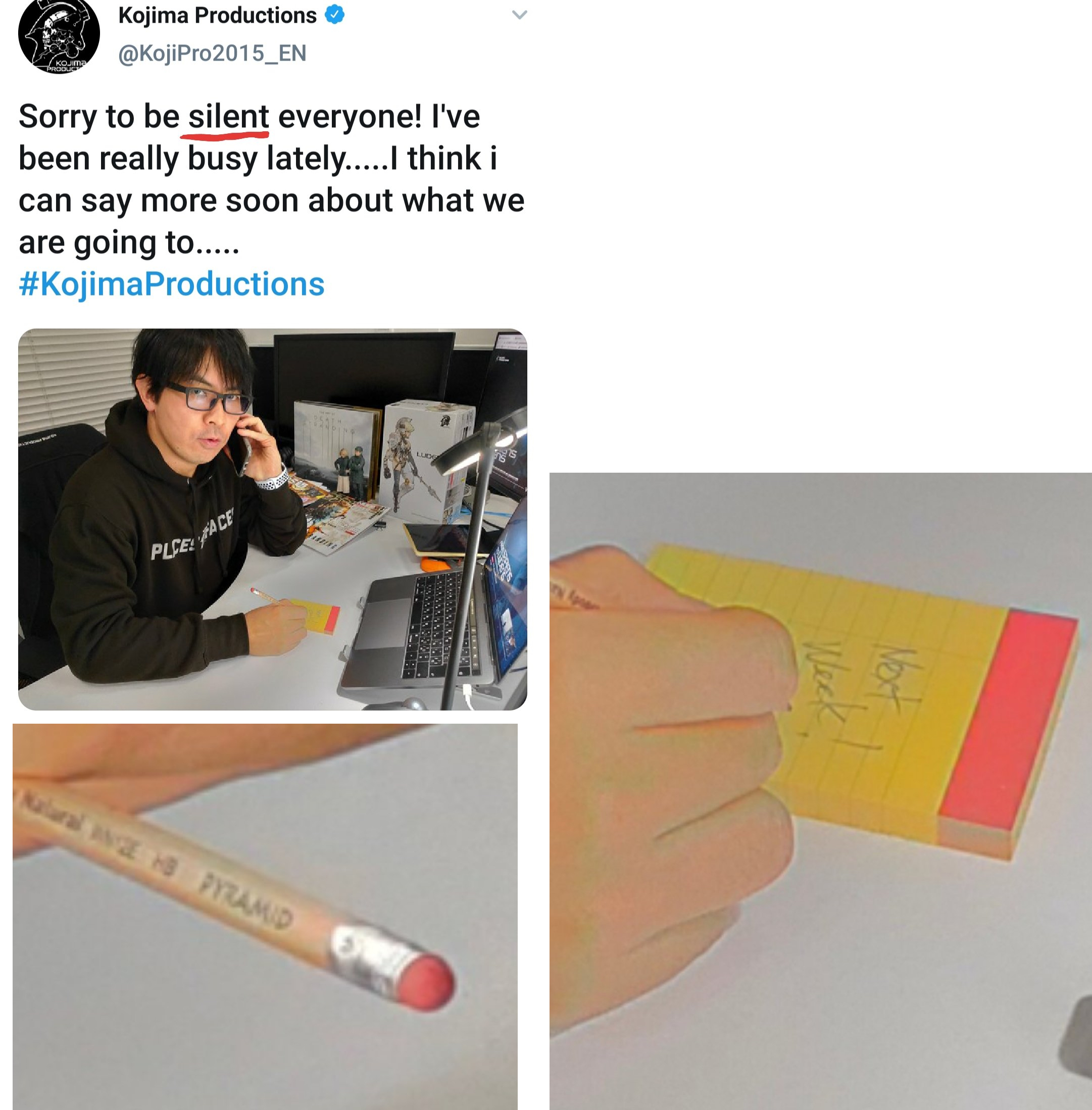