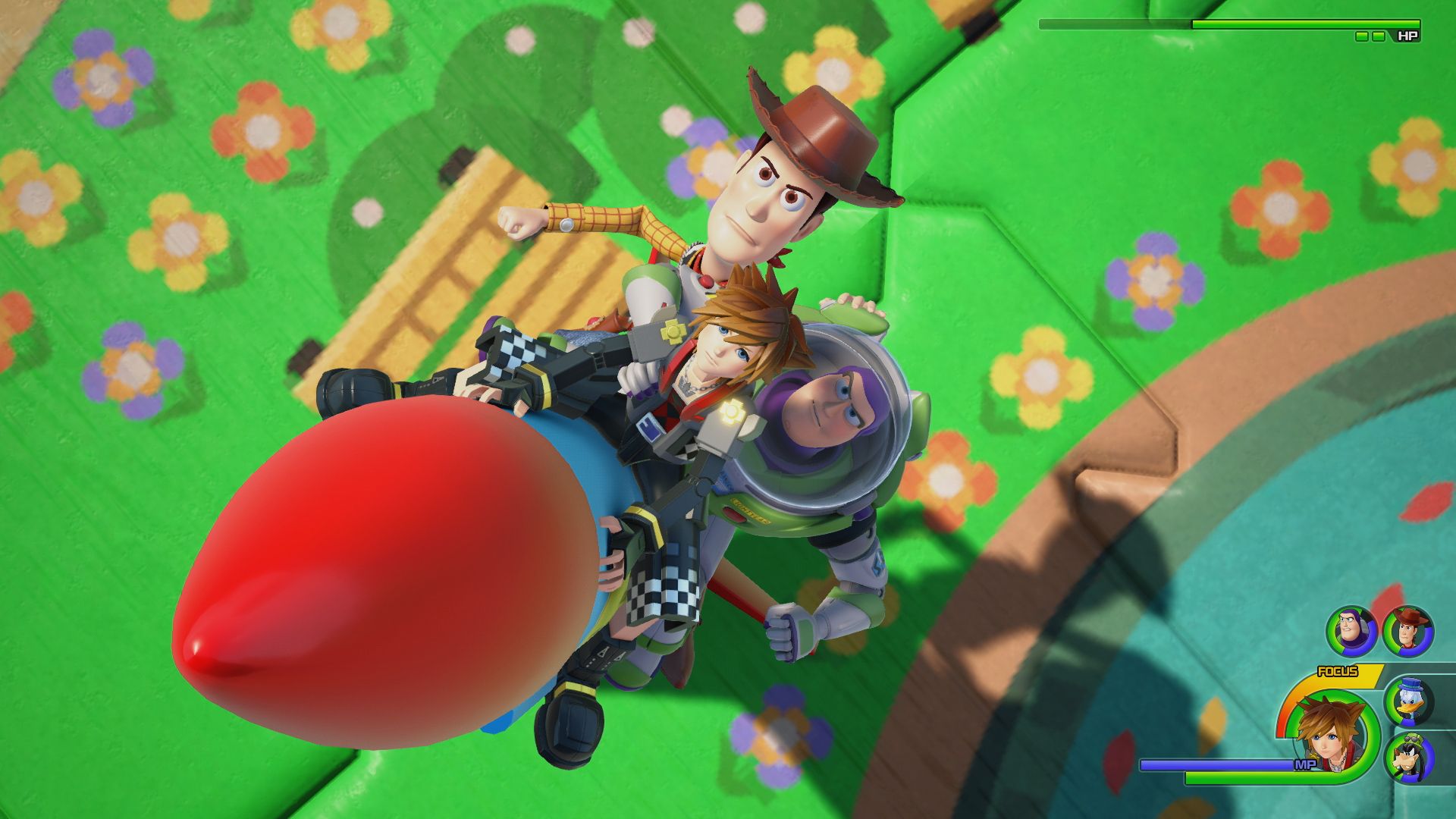 Following the recent extended trailer, even more gameplay has emerged for Square Enix’s Kingdom Hearts 3 during Tokyo Game Show 2018. While we get to see more from Toy Box, the world of Pixar’s Toy Story, it’s a little different from the last gameplay demo. This time around, there’s a doll that’s seemingly possessed by the Heartless. Check it out below.

Of course, the world of Frozen is also revealed in more detail. Our heroes are shown sliding down a hill on Goofy’s shield, as an avalanche and enemies follow them. At the end, they battle against three flying ice-based enemies. It’s here that we see Sora utilizing his Keyblade transformations for dual guns, and eventually a rocket launcher that fires magic.

Chaotic as it appears, combat looks extremely fun and responsive all around. Kingdom Hearts 3 will be releasing on January 29th, 2019 for Xbox One and PS4. Head here to see a short gameplay clip of Sora battling Aqua of Kingdom Hearts: Birth by Sleep fame.