Fans seem to think they have found evidence of Kingdom Hearts 4 featuring a world based on Star Wars, which is also owned by Disney. 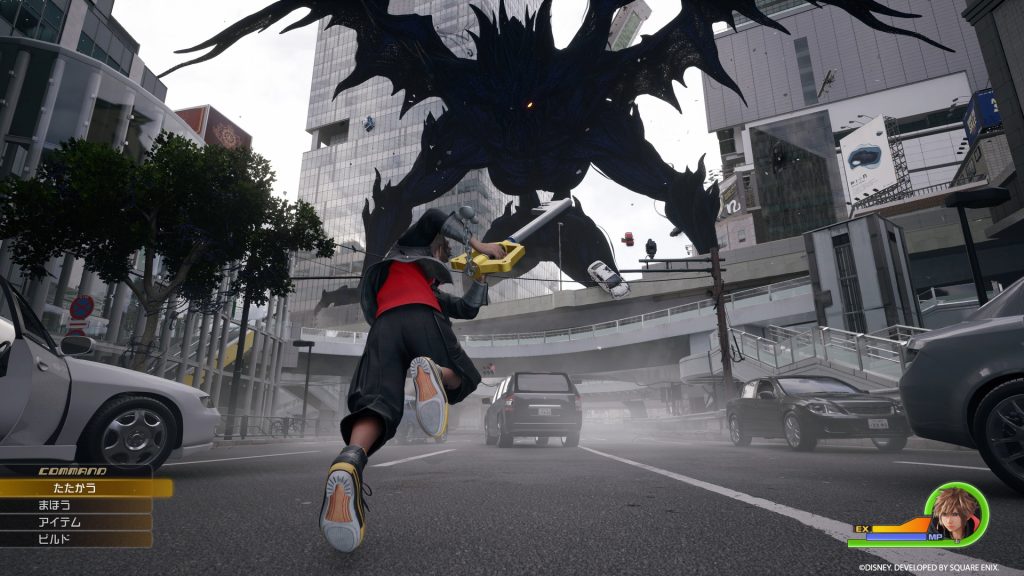 There was always going to be a new Kingdom Hearts game, but given how massive this series is, it’s no surprise that the official announcement of Kingdom Hearts 4 has been met with such widespread cheer and excitement. Of course, one of the biggest questions that goes hand-in-hand with any new Kingdom Hearts game is what new Disney worlds it’ll be headed to- and fans seem to have already found hints of where we might be in Kingdom Hearts 4. And it could be to a galaxy far, far away.

As pointed out by users on Twitter and Reddit, a specific section of the trailer seems to be hiding something innocuous at the edges of the frame- perhaps something that slipped past Square Enix, or maybe something’s been put in there as an intentional tease.

Either way, you can spot what looks a great deal like the foot of an AT-ST from Star Wars. You can check it out for yourself below in the trailer below- the video’s been timestamped to the relevant portion. In fact, as many have pointed out, the entire section of the trailer showing a forest environment (starting at 04:37 in the video below) looks a lot like the forest moon of Endor, home of the Ewoks.

Kingdom Hearts fans have been dreaming of Star Wars finally crossing over into the franchise ever since the property (and its owner Lucasfilm) were acquired by Disney in 2012. Of course, this is purely speculation at this point- and given the fact that Kingdom Hearts 4 is still in pretty early development, it’s going to be a while before Square Enix is ready to begin revealing what worlds will be featured in the game.