Like a Dragon: Ishin! – Mini-Games, Combat, and Sub-Stories Showcased in Extensive Gameplay

Fight (and shoot) thugs, chase thieves, chop logs, and much more when the remake launches on February 21st for consoles and PC. 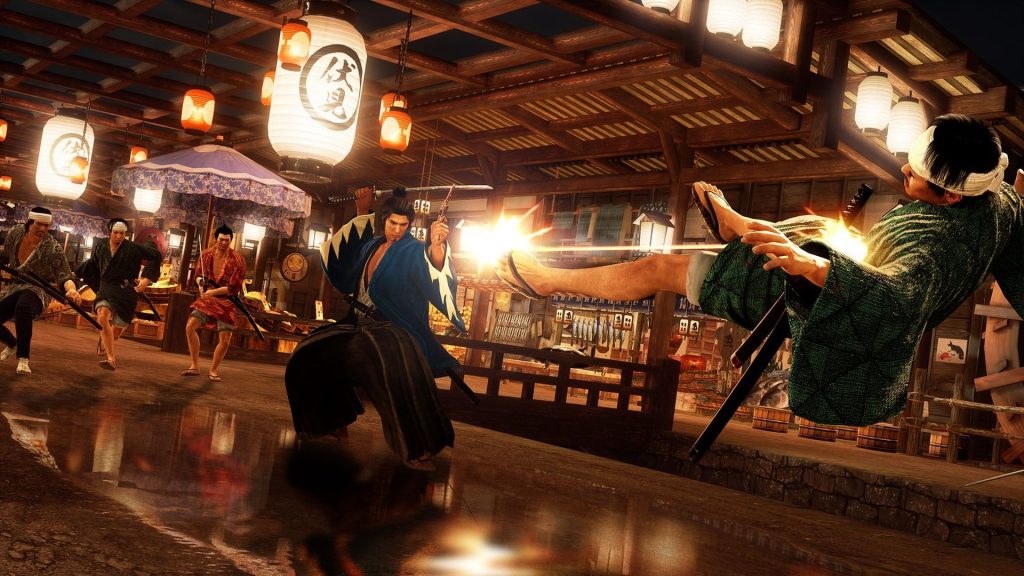 Fans of Ryu ga Gotoku Studio’s works have a lot to look forward to next month, as Like a Dragon: Ishin! finally arrives in the West. Based on Ryu ga Gotoku: Ishin!, it’s a remake of Unreal Engine 4 with improved visuals. Nevertheless, the gameplay is classic Yakuza, as seen in the extensive gameplay video from PlayStation Universe. Check it out below.

Set at night, it sees Ryoma Sakamoto encountering a crowd of dancers and getting caught up in the rhythm before disposing of some thugs. Then, after entering a bathhouse to unwind, his clothes are stolen. He pursues the thief in nothing but a fundoshi, which attracts the local patrol. The fun truly never ends.

All four combat styles are showcased, along with a Heat Action that sees Ryoma stabbing an enemy and then spinning him around for a toss. In addition to other mini-games like chopping vegetables, running a restaurant and chicken racing, one can also engage in wood cutting.

Like a Dragon: Ishin! is out on February 21st for Xbox One, Xbox Series X/S, PS4, PS5, and PC. Check out our feature here for more details.