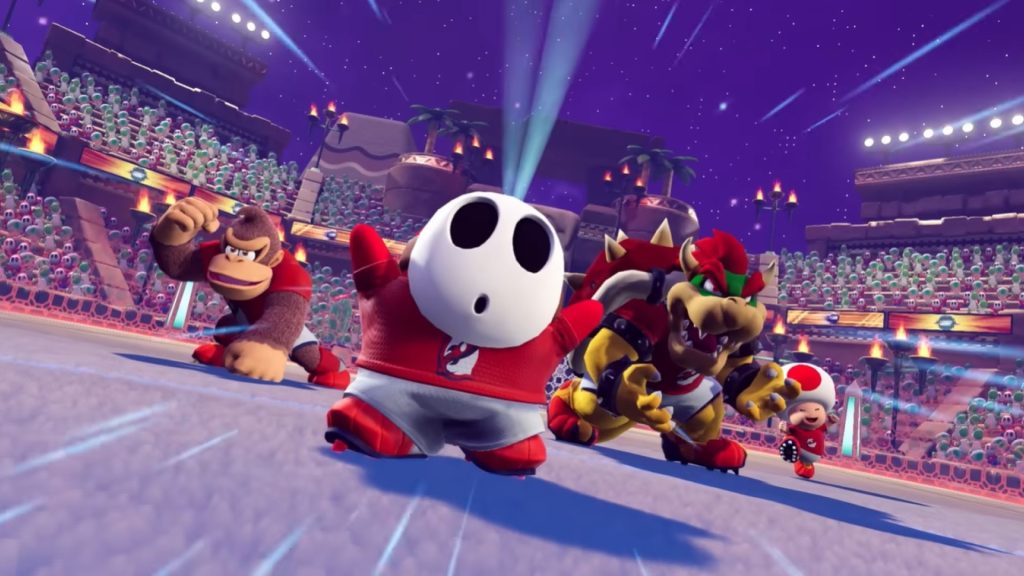 It’s clear by now that Mario Strikers: Battle League is going to follow the same pattern that other Mario sports title on the Switch have. The football title didn’t launch with a great deal of content last month, but Nintendo confirmed before it was out that it’d receive plenty of new content in the form of several free post-launch updates.

The first of these is now available. The free update was recently revealed, and as previously detailed, it adds two new characters to the game with Daisy and Shy Guy, as well as a new stadium called Desert Ruin. The update also adds a new Knight-themed gear set, makes some general balancing changes, and also adds in a couple of new quality-of-life features. Get all the details in the patch notes below.

Nintendo has confirmed that it’ll be releasing two more free updates for the game throughout the rest of 2022. Pre-launch leaks claimed that the game would get as many as 10 new post-launch characters.