Whether this is New Game Plus or not remains to be seen. 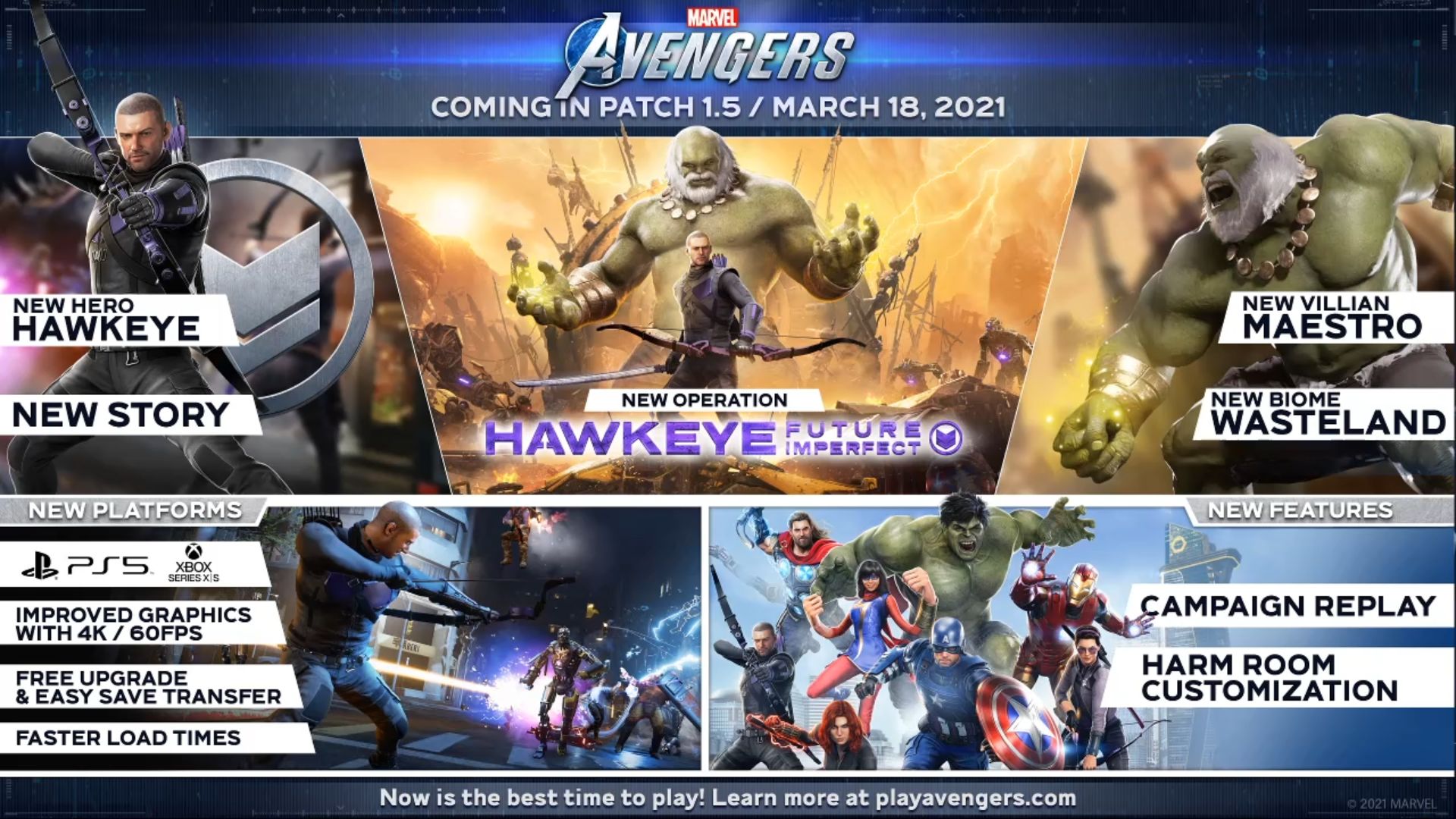 March is looking to be a big month for Marvel’s Avengers. Along with the upcoming update that adds Operation: Hawkeye – Future Imperfect with Clint Barton, there will optimizations for the title on Xbox Series X/S and PS5. In a recent dev stream on Crystal Dynamics’ Twitch (at 06:39), it was announced that campaign replay would be coming as well.

Since the campaign missions currently aren’t playable after completing them once, this feature should help with the lack of content (though it’s not confirmed whether this is akin to New Game Plus). It’s out on March 18th alongside the new Operation and current-gen console support. H.A.R.M. Room customization, which allows players to create their own custom simulation challenges, will also be going live.

Marvel’s Avengers is currently available on Xbox One, PS4, PC and Google Stadia. You can check out our review of the base game here. Along with new content, Crystal Dynamics is also looking to slow the XP gain after level 25 while also removing random cosmetic sources. You can check out the developer’s reasoning for the same here.