While the wait for Spider-Man continues, Marvel’s Avengers will be receiving its biggest content update yet with Black Panther – War for Wakanda. This is the first proper expansion for the action RPG since its launch and will be coming to Xbox Series X/S, Xbox One, PS4, PS5, PC and Google Stadia on August 17th. What are some of the major things you need to know before jumping in and do they sound appealing enough for lapsed fans? Let’s take a closer look.

The story in this Operation sees Ulysses Klaue attacking Wakanda, thus requiring T’Challa – the new ruler and Black Panther – to defend his homeland. While both figures will be familiar to MCU fans, their circumstances are somewhat different this time around. T’Challa still suffers from deep emotional scars following the death of his father King T’Chaka (which happened at the “hands of those he trusted most”) and he’s become slightly withdrawn from his loved ones including his sister Shuri.

As for Klaue, his name stretches far back in Wakandan history with the Elder Klaue arriving in the realm and causing turmoil. It persevered through and it seemed that Klaue’s name fell by the wayside. However, Ulysses Klaue would emerge in the present day with his own army to assault Wakanda and complete his father’s goal. In the midst of all this, the Avengers arrive in Wakanda but will Black Panther accept their aid? Well, yes, but you’ll need to play the new story missions to see how that unfolds. Along with a new story, War for Wakanda adds the Black Panther as a new playable hero, voiced by Chris Judge. While the Vibranium Suit, special herb and connection to Bast the Wakandan Panther God are all a given, Black Panther’s in-game abilities have yet to be detailed. What we do know is that there will be many different looks for the hero based on various comics. The first is the default design, which takes elements from the classic Black Panther, as seen in the lines along the arms, while providing a more modern, functional look.

There’s the Most Dangerous Man Outfit which is based on Kasper Cole’s stint as Black Panther; the King T’Challa Outfit worn when he isn’t in battle (though he still has claw-like ring fingers); the Damisa-Sarki Outfit based on Black Panther’s first appearance in comics from 1966, complete with a cape and intricate textures; and the Strategist Outfit from when T’Challa took over Daredevil’s role as the Man Without Fear. You also have the Royal Legacy Outfit which is based on Ancient Wakanda (from a story where Shuri became the Black Panther instead). The expansion brings a brand new environment to explore with the jungles of Wakanda. There’s also a new outpost in Birnin Zana, the capital of Wakanda  along with the Royal Palace, the Wakandan War Room, Shuri’s lab and Zawavari’s Chambers. From various clips seen thus far, it seems players will also venture to ancient ruins adorned with panther statues. What does this mean for Klaue’s mission (aside from possibly housing Vibranium) and what challenges await? Fortunately, there have been hints about the latter. Since the game’s launch, Marvel’s Avengers hasn’t really offered the deepest puzzles. War for Wakanda is looking to change this as a recent Twitter clip promised “intricate puzzles” completely different from the existing ones that are discovered in “the deepest reaches of Wakanda.” Though very short, the clip did have four different symbols above a sealed door in some ruins. Multiple pillars stand before it with different panels to step on. Perhaps there’s a guessing game of sorts to find the right combination of pillars (with failure dropping the player into the abyss)? We’ll have to wait and see but it looks intriguing for now. Thus far, we know about Ulysses Klaue being a major antagonist especially with his own army supporting him. However, in its press release, Crystal Dynamics revealed that there would be two new villains. In recent previews, it was confirmed that Crossbones would be this new villain, who’s most famous in the Marvel Comics universe for assassinating Captain America at the end of Civil War. What role will he play in Wakanda? Time will tell. AIM may or may not have an appearance in the upcoming content update, though given how excessively they’ve been used till now, we wouldn’t mind if they took a vacation. Players will have to contend with a brand new faction though – the Klaue Company, an army of mercenaries hired with Klaue to achieve his goal. Several new enemy types include the Bruiser, who wields a giant axe; and the Strategist that uses drones to debuff heroes and buff his allies while fighting on the sidelines.

The mercenaries also have some unique variations with Sonic and Corrupted Vibranium variants. The former uses a Sonic Aura that will block melee strikes and deflect projectiles before unleashing a Sonic Wave, which then goes on a long cooldown. The latter can chain together hits and gain the Overcharged buff, taking less damage and gaining special attacks in the process. More enemy types are promised with the expansion’s launch so expect some surprises as well. Vibranium and Sonic aren’t just utilized by the Klaue Company. Players can also find gear with these status effects and turn them against their foes. Vibranium status converts all damage dealt to into a kinetic explosion which hits surrounding foes (and can cause chain reactions) while Sonic status allows enemies to regenerate some of their Heroic and Intrinsic meters as long as a hero stays near them. Both statuses are also capable of countering each other. So if you’re dealing with a Corrupted Vibranium foe who has the Overcharged buff, then Sonic attacks will bypass its damage reduction and eventually dispel it. Using Vibranium attacks allows for damaging an enemy through a Sonic Aura and dispelling it if the status is triggered. Some of the new missions include new Drop Zones and Threat Sectors, which can be played solo or in multiplayer. The Drop Zones are meant to be faster missions with only one objective while Threat Sectors have multiple objectives and are more drawn out. How these will differ from what’s currently present in the game remains to be seen but at least three mission names – Here Comes the Pain, From Bad to Worse and 24/7 Vibranium – have been revealed thus far. 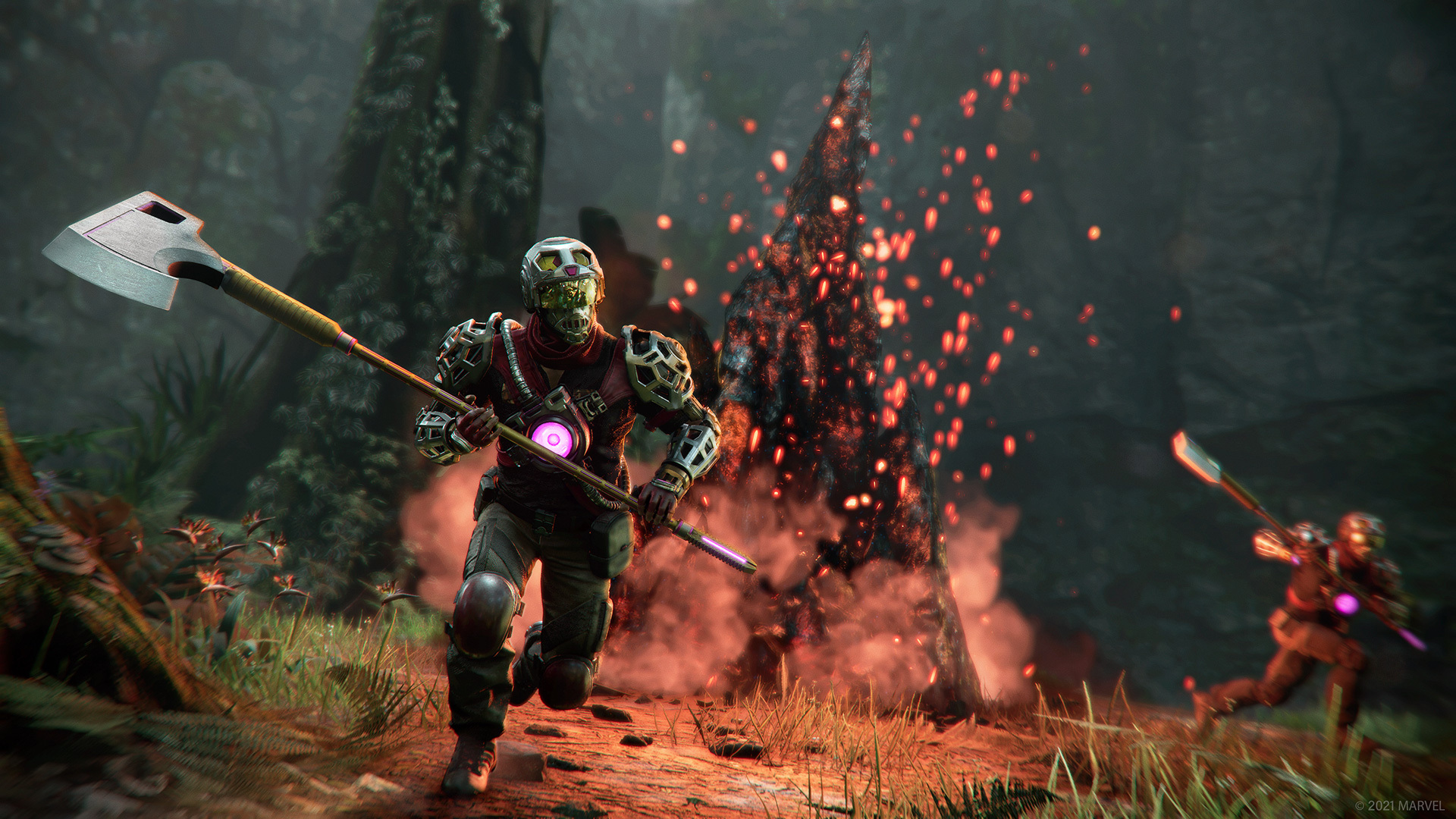 Crystal Dynamics and Square Enix are promoting this Operation as having the “most content” since the game’s release. Considering how big previous Operations have been – especially Future Imperfect which was criticized for reusing enemies and offering dull environments – it remains to be seen how significant this will be. Nevertheless, along with all of the new missions and outfits, Black Panther as a playable character and new gear, there should be a decent amount of playtime (otherwise the “expansion” moniker would make no sense). The quality still needs to speak for itself but being completely free for all players is a good start.