Get an item from each Avenger in this premium edition.

Square Enix will bring the popular superhero team to video games in a big way come May of next year with Marvel’s Avengers. The game is sure to be one of the biggest ones of 2020 (which is saying something, as the year is looking packed), and like most big releases, it will come with a collector’s edition filled with goodies for fans. We already knew that the big edition would come with a Captain America statue, but now we get to see the whole thing, and how it comes with a little something for each Avenger.

The edition was officially detailed at New York Comic Con. It includes the above mentioned statue, Iron Man blueprints, a Hulk bobblehead, Black Widow insignia, a keychain of Thor’s hammer, and a picture of the newly revealed Kamala Khan with the rest of the Avengers. On top of that, it seems there will also be a steelbook and pin with the Avengers logo. You can check it out below. As of now there’s no word on what the price will be, nor is the edition up for pre-order anywhere.

Marvel’s Avengers will release for PlayStation 4, Xbox One, PC, and Stadia on May 15th, 2020. For information about how long the game’s story will last, take a look through here. 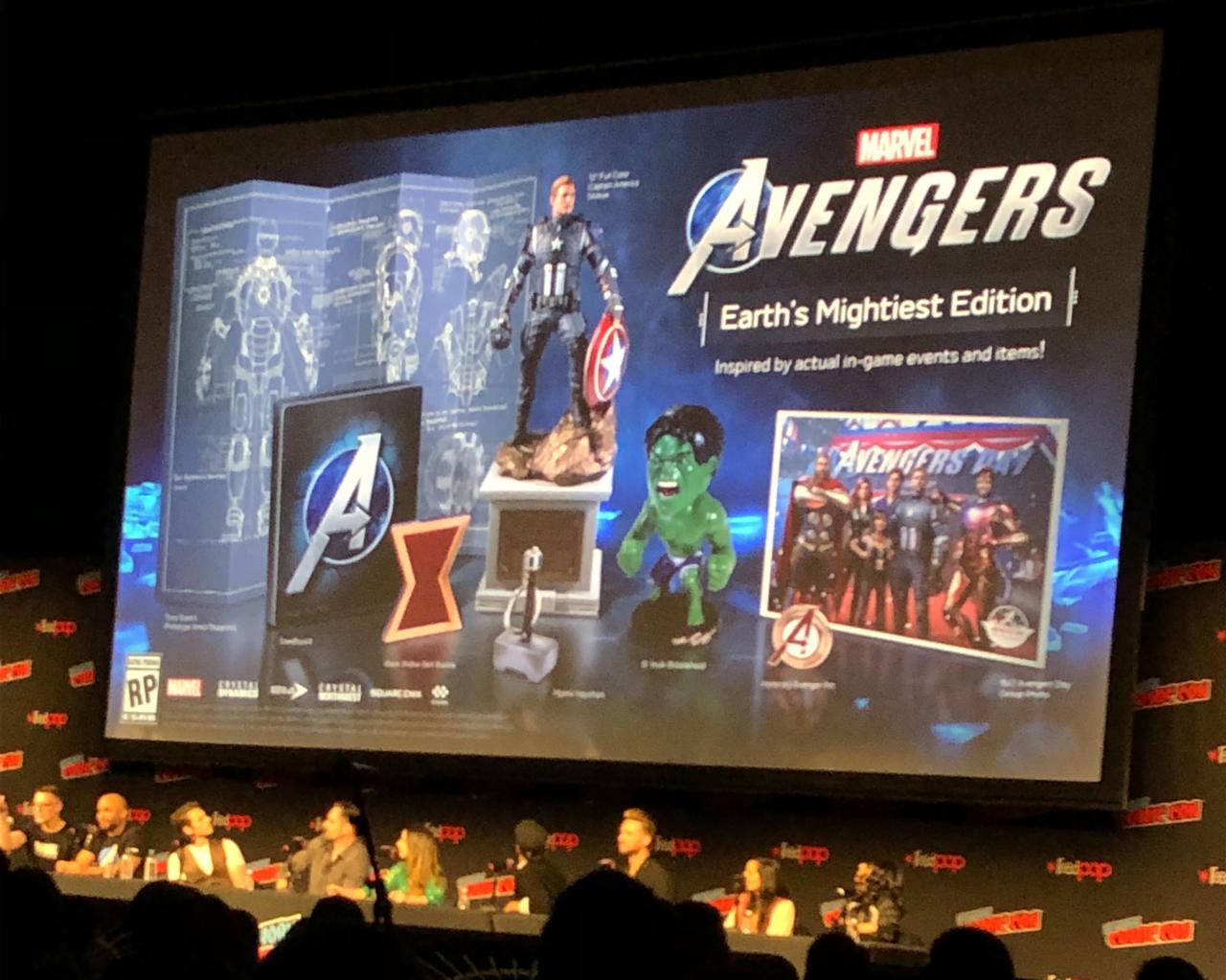