The queen of Seknarf Nine and leader of the Hellraisers is an imposing figure, and will play a major role in Eidos Montreal's adventure. 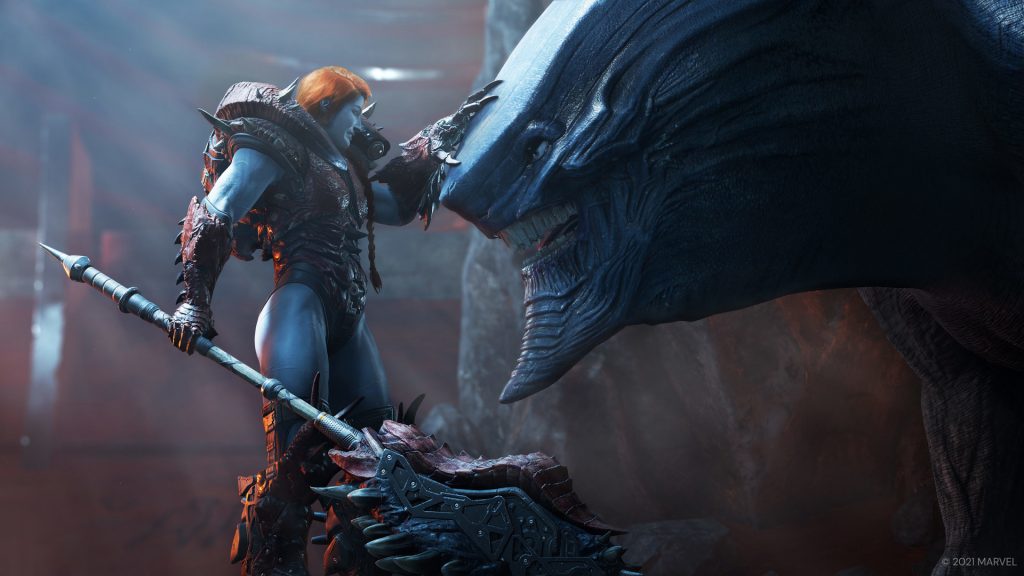 While Crystal Dynamics continues to update Marvel’s Avengers – with the Black Panther expansion War for Wakanda releasing on August 17th – Eidos Montreal has a different adventure coming up. Marvel’s Guardians of the Galaxy sees the infamous band of heroes venturing across space and doing what they do best. A new trailer has been released which showcases one of the threats they’ll battle – Lady Hellbender.

As leader of the Hellraisers and Seknarf Nine’s queen, Lady Hellbender is a monster collector of sorts. Remember the sequence where the Guardians voted on having either Groot or Rocket act as a “rare monster” to con a buyer? That buyer is Hellbender who seems to take a liking to Drax the Destroyer.

How things will play out remains to be seen (the provided choice of letting Drax take the lead doesn’t seem to amount to much) but Lady Hellbender is definitely a force to reckon with. Marvel’s Guardians of the Galaxy is coming to Xbox One, Xbox Series X/S, PS4, PS5, Nintendo Switch and PC on October 26th. Stay tuned for more details in the coming week.