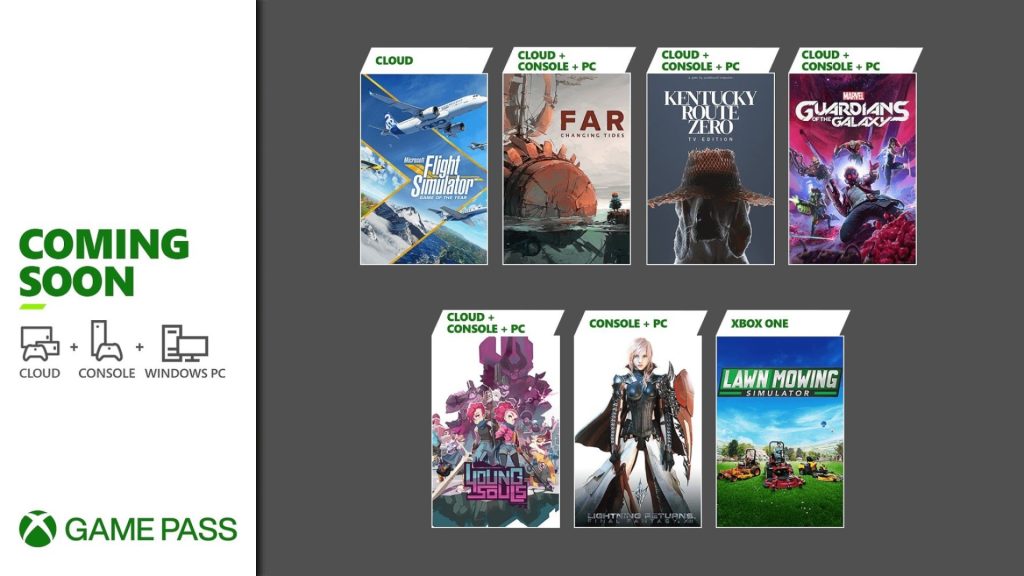 UPDATE: Microsoft has now officially confirmed most of the contents of the leak. Marvel’s Guardians of the Galaxy will come to Game Pass for console, cloud, and PC on March 10. The same day will also see the service adding Kentucky Route Zero and Young Souls across all three platforms. Meanwhile, Lawn Mowing Simulator, already available for Xbox Series X/S and PC, will come to Xbox One as well.

Century: Age of Ashes is not mentioned, contrary to the leak, though Xbox Game Pass Ultimate subscribers will get in-game perks in the multiplayer dragon battle title.

Marvel’s Guardians of the Galaxy turned out to be far better than most people had expected, and word of mouth for the game has been strong even months on from its launch. Square Enix, sadly, hasn’t been satisfied with the game’s commercial performance– though the action-adventure title might soon be opening the gates for a much larger player base to dive in and experience its offerings.

Dealabs user billbil-kun has become something of a prominent and reliable leaker in recent months, having accurately leaked the monthly lineup of free PlayStation Plus games on a number of occasions (including as recently as a few days ago for the month of March). Recently, they emerged again to spill the beans on something on the other side of the console spectrum.

According to the user, Marvel’s Guardians of the Galaxy will be added to the Game Pass catalog in the month of March. Additionally, several other major names are going to be included in the batch of games to be added to the service in the first half of the month, including FAR: Changing Tides, Century: Age of Ashes (which will be launching for Xbox soon), Kentucky Route Zero, Lightning Returns: Final Fantasy 13, and Young Souls.

Exactly which of this games will be coming to Xbox Game Pass for console and cloud and which will be coming to PC Game Pass hasn’t been specified. Microsoft will soon be making the official announcement for the upcoming batch of Game Pass games soon though, so we should know more soon enough. Stay tuned for those details.