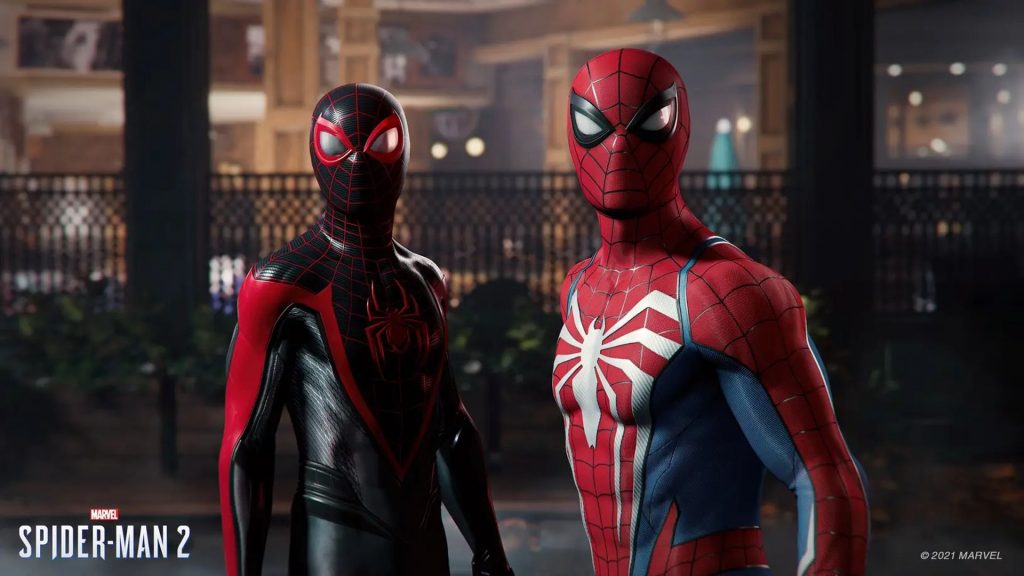 Sony and Insomniac Games announced that Marvel’s Spider-Man 2 would be releasing in 2023, and debuted the first trailer which saw Peter and Miles battling foes before ending with the reveal of Venom. In a new PlayStation Blog post, Insomniac head of franchise strategy and studio relations Ryan Schneider confirmed that the title is launching exclusively for PS5. He also noted that it would “continue the journey of both Peter Parker and Miles Morales in their most epic single-player adventure yet.”

This seems to imply that the player will switch between both characters during the story (instead of, say, implementing co-op). Many members of the first game’s development team are returning such as creative director Bryan Intihar and game director Ryan Smith while Yuri Lowenthal and Nadji Jeter will once again voice Peter and Miles respectively. And if the trailer wasn’t obvious enough already, both have new abilities and suits to acquire.

Furthermore, you can expect “villains” (as in, plural) to “hunt them down.” Schneider did confirm that Tony Todd (who recently starred in Candyman) would be voicing Venom. Even more details will be revealed in the coming year or so, so stay tuned.