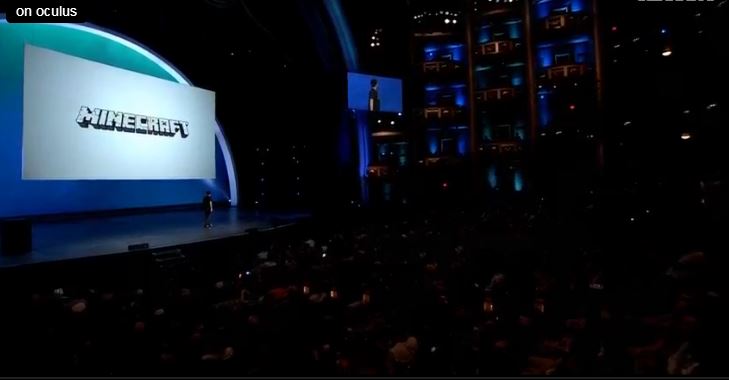 Back when Oculus Rift was in its early days, coming off of a successful crowdfunding campaign, Minecraft was announced for it. Then Oculus was bought out by Facebook, and Minecraft creator Notch, in a fit of fury at Oculus selling out to a large corporation, canceled the Oculus version of Minecraft.

The Windows 10 Edition of Minecraft will be launching in Spring 2016 on Oculus, which means that hopefully, it will be available right at the official consumer launch of the Oculus Rift headset- it is the one thing that really could make Oculus Rift take off, and VR as a whole, since Minecraft is one of those mass market brands that can sell anything.