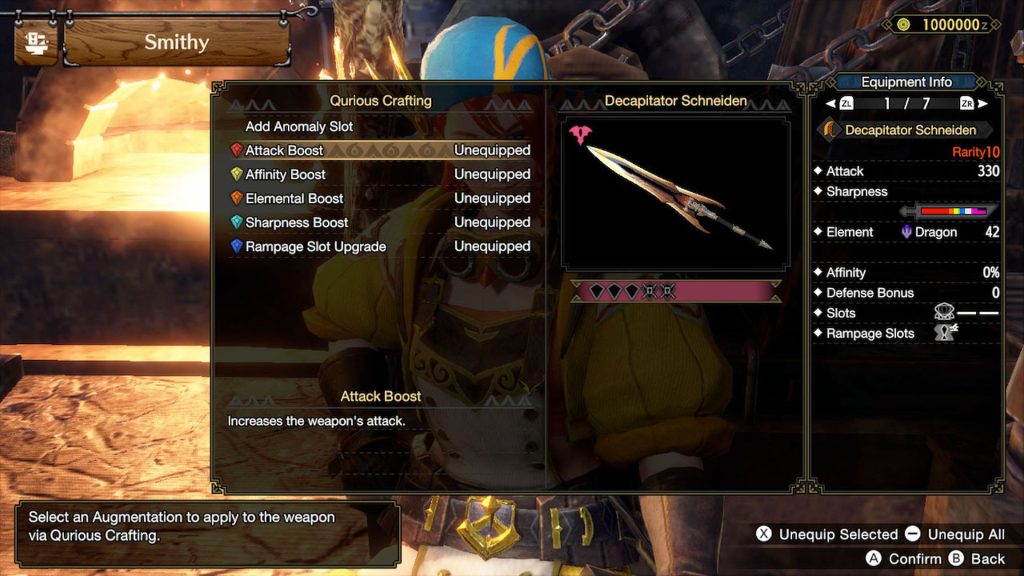 However, in a recent Steam post, Suzuki confirmed that Qurious Crafting allows for augmenting weapons. A new image showcases a Rarity 10 Greatsword that can be augmented to have Attack Boost (higher raw damage), Affinity Boost (higher Affinity for more crit chance), Elemental Boost (more elemental damage), and so on. You can even upgrade the Rampage Slot and take advantage of higher-level Rampage Decorations.

A release date for Title Update 1 hasn’t been announced, but it’s out this month. Along with Anomaly Research and Qurious Crafting, it also introduces new monsters like Lucent Nargacuga and Seething Bazelgeuse. Stay tuned for more details from the upcoming Digital Event.

Monster Hunter Rise: Sunbreak is available for PC and Nintendo Switch. Check out our review here.