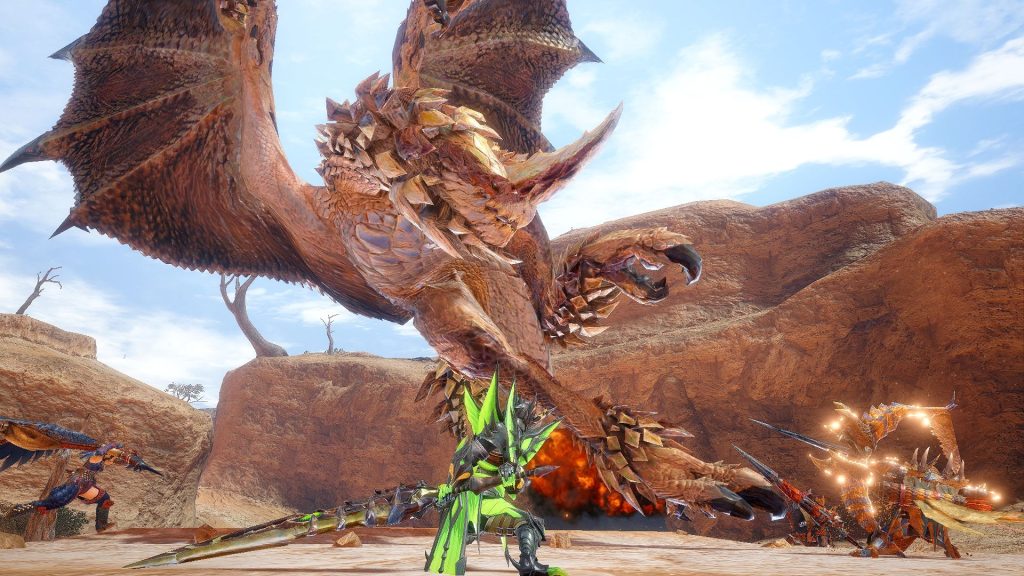 Capcom has begun rolling out videos to showcase the new skills in Monster Hunter Rise: Sunbreak. The first three cover the Sword and Shield, Switch Axe and Heavy Bowgun, and also demonstrate how potent the new Switch Skill Swap can be. Check them out below.

For Sword and Shield, there’s Destroyer Oil which causes monsters to flinch more with sword attacks. There’s also the new Twin Blade Combo that further emphasizes attacking with the sword. Switch Axe gains even more swag thanks to the new Elemental Burst Counter – this compresses your Switch gauge into energy which can be released into an Elemental Burst.

You can also switch from the Finishing Discharge into the Compressed Finishing Discharge for even more combo potential. Finally, for the Heavy Bowgun, there’s Setting Sun which creates a ring with the Wirebug that increases the hits on multi-hit ammo. You can swap between Counter Charger and the new Counter Shot or go to the new Crouching Shot which pairs nicely with Setting Sun.

Monster Hunter Rise: Sunbreak is out on June 30th for Nintendo Switch and PC. For more information on its new features and monsters, head here.