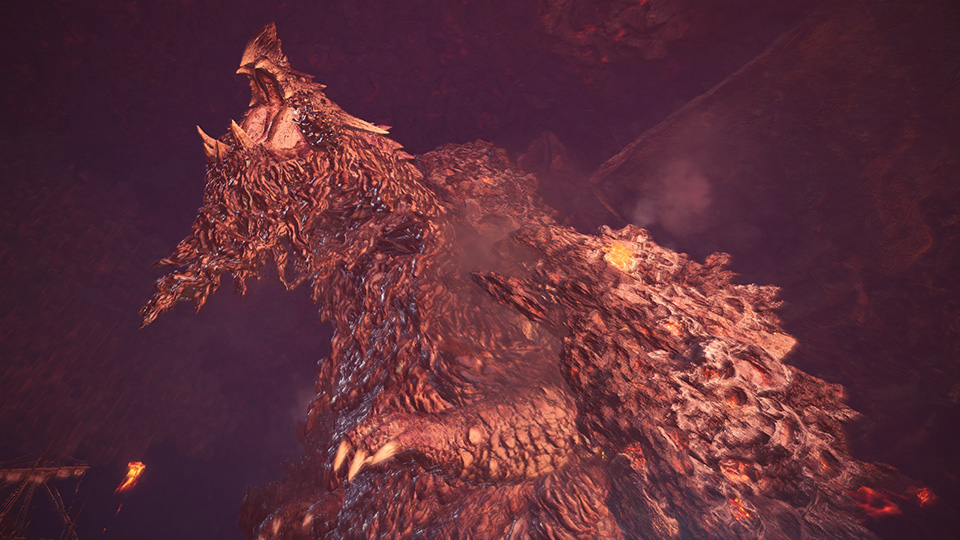 Arch-Tempered Lunastra has been the latest challenge for Monster Hunter World players on console (while PC players get to experience the Autumn Harvest Fest). What’s next though? Why, Arch-Tempered Zorah Magdaros, of course. The beast will be available to fight on October 18th. Beating him will grant tickets to forge Zorah Gamma armour and Origin layered armour.

Why is Zorah Magdaros the “weirdest” Arch-Tempered Elder Dragon to fight? Because for all intents and purposes, the hunt is a glorified cinematic sequence. Players have to destroy the magma cores on Zorah’s body before fighting at the barricade and unloading cannon shots, arrows, and the Dragonator to repel it.

It may sound cool, but there’s just a whole bunch of back and forth. Bring fire-resistant armour, keep in mind the increased health and damage of Zorah’s attacks, and watch out for Nergigante. If past Arch-Tempered fights are any indication, then Nergigante will be Arch-Tempered as well.