More Gears of War 3 Details, Weapons, Maps and Another Way to Play The Beta Without Bulletstorm 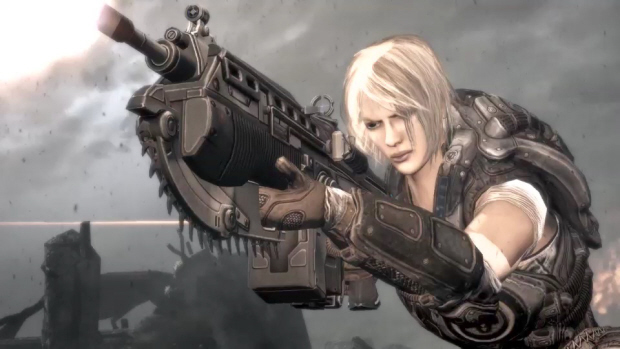 Microsoft has officially announced the release date for Gears of War 3 for September 20th, 2011 exclusively on the Xbox 360 and just recently some more new info. Some new maps have been announced like Trenches, Checkout, Mercy, Overpass, and Thrashball. New weapons for the game have also been confirmed such as the Bayonet Charge, the Retro Lancer, the Sawed-off Shotgun, the OneShot, the Incendiary Grenade, the Digger Launcher as well as tweaks made to weapons previously seen in Gears of War 1 & 2 like the Hammerburst and the normal Lancer. The ‘OneShot’ was actually the one shot kill sniper first revealed in my video interview with Rod Fergusson here.  If you having trouble viewing the video interview click here instead. Every weapon will feature its own execution move and in fact a lot of this news had already been confirmed in my video interview that was put up a while ago, it is just now that Microsoft is confirming it.  More news about Gears of War 3 is on its way this week maybe even later tonight so stay tuned into GamingBolt.com.

In addition to that news Bulletstorm won’t be your only way into the Gear of War 3 Beta, Gears of War producer Rod Fergusson, confirmed that other ways around getting access to the beta will be announced this week. Don’t get all happy yet though if you didn’t get Bulletstorm because if you choose one of the alternative ways to access the beta, you will “miss out on the exclusive head start and some cool exclusive content.” Which of course can only be obtained by playing the beta on the Bulletstorm Disc and yes you need that actual disc as well as the code that comes with new copies of Bulletstorm to play the beta that way.