No Man’s Sky: The Abyss Announced, Focuses on “Eerier Elements”

The free update will release next week for all existing players. 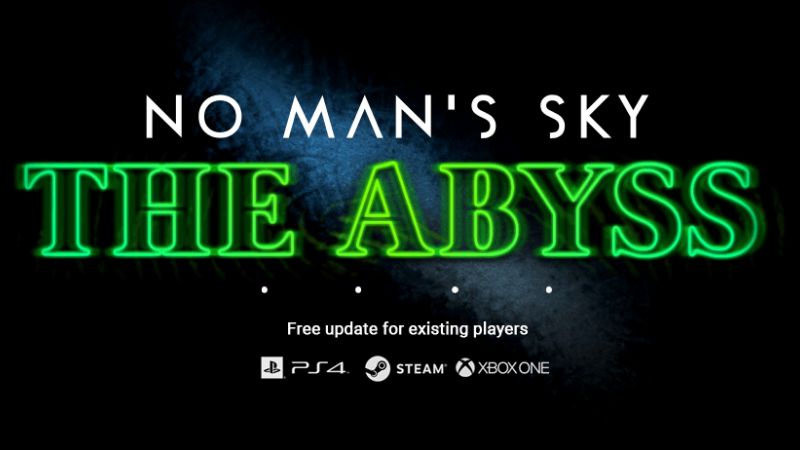 Hello Games dropped the biggest update for its space exploration/survival title No Man’s Sky with NEXT a couple months back. Since then, we’ve had other updates that added weekly events, discovery leaderboards, body shape customization, the Pilgrim for appropriately speeding around planets, and much more. Yet another update will be coming up soon, called The Abyss.

On the game’s official website, the developer stated, “We’ve been listening intently, and are hard at work on fixes and improvements. We wanted to share a little news from behind the scenes. Whilst most of the team have been busy on weekly updates, a handful have been working on something else, our first titled update since NEXT.”

This update is The Abyss, and will be free next week for all players. Why “The Abyss“? “Because it focuses on some of the eerier elements of No Man’s Sky, in keeping with the theme of this season,” says the developer. We wouldn’t go expecting space Cthulhu to make an appearance, but new content that takes a look at the creepier, more terrifying things lurking in the universe would be pretty neat.

In case you missed it, No Man’s Sky NEXT brought true multiplayer to the franchise for the first time. It also added a third person perspective, character customization, the ability to build bases anywhere, and significant graphical improvements. The grind is still very real, especially for new players, so check out GamingBolt’s official review for more details before hopping in.