Even Square was not prepared for this level of success. 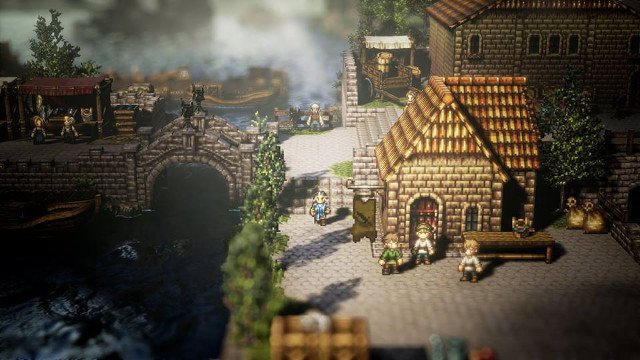 Octopath Traveler has been a stupendous success for Square Enix so far. Following mass sellouts around the world, the critically acclaimed RPG went on to sell a million units– which, judging by the fact that it was sold out, was more than Square Enix expected. In fact, in a new statement, translated by The Wall Street Journal’s Takashi Mochizuki, they flat out explicitly confirmed that the game had done better than they had anticipated.

Square Enix confirmed that the game had especially managed to exceed expectations in North America and Europe; they also pointed out, with what I can imagine is a struggle to keep a straight face, that the game had a higher ratio of digital sales to physical ones than they had expected (pro-tip: if you don’t ship enough physical copies for your hugely popular game, that kind of thing will happen).

Square pointed out that the game successfully channelling old school JRPGs, for which there is more nostalgia of late, as well as its striking visual look and attractive character design, was undoubtedly all a part of the recipe that contributed to its success. I can’t say I disagree with them.

Octopath Traveler is out now, exclusively on the Nintendo Switch. Read our review here.