The stylish side-scrolling skateboarding platformer is out on February 8th for Xbox Series X/S, Xbox One, PS4, PS5, PC and Nintendo Switch. 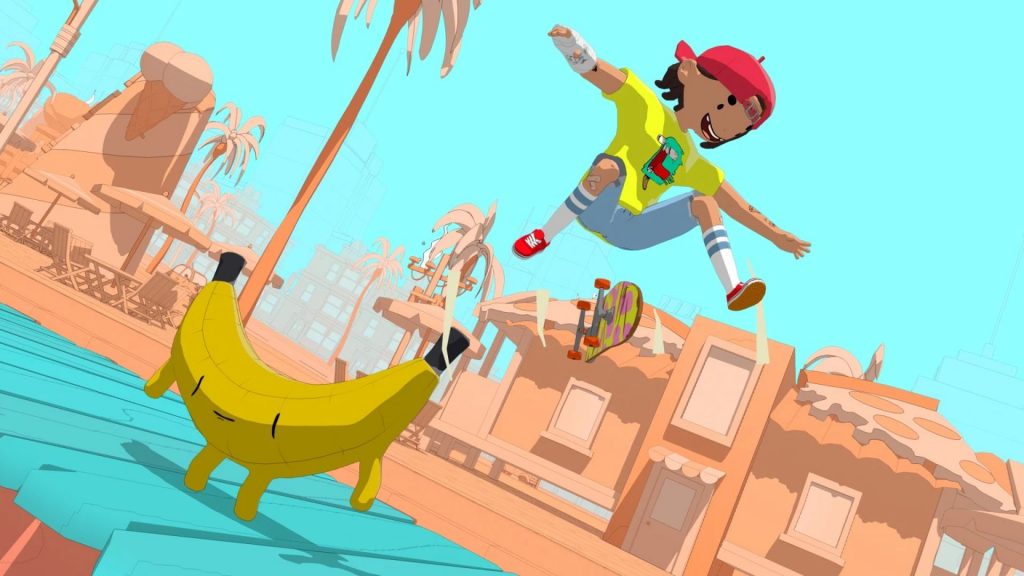 Among the many big games releasing next month is Roll7’s OlliOlli World, a follow-up to the critically acclaimed OlliOlli series. Unlike its predecessors, the sequel boasts a colorful new animated art-style which is perfectly represented in the new cinematic trailer. Check it out below.

As a new skater in Radlandia (one who’s appearance can be customized), you’re on a journey to discover Gnarvana and commune with the Skate Gods. Along the way, you’ll take on numerous challenges and missions, progressing through levels with multiple paths. Online multiplayer is also supported and players can share levels with each other to compete for the best times.

Sandbox Mode promises tons of different levels to play and if you fall, simply rewind back and try again. OlliOlli World releases on February 8th for Xbox One, Xbox Series X/S, PS4, PS5, Nintendo Switch and PC. For more details about the gameplay and setting, which is full of all kinds of bizarre beings, head here.