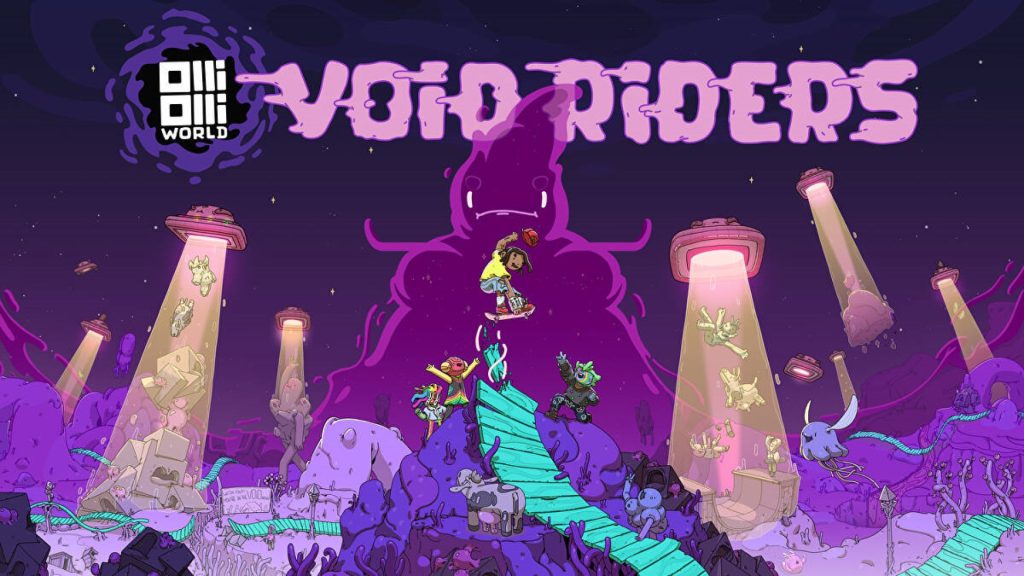 Oxenfree 2: Lost Signals doesn’t have a release date yet but there’s some good news for fans of the series. Night School Studio is teaming up with Roll7’s OlliOlli World for an Oxenfree collaboration. By inputting the postcode “MV32FR33”, players can dress as Alex and also experience the Nikitch Dubby edit of “Beacon Beach.”

Alex’s arrival comes in the wake of the new VOID Riders DLC which adds new challenges, gear and the new V.O.I.D. biome. Areas like Sunshine Valley and Cloverbrook have also seen some changes while a new tractor beam mechanic is also available for extending tricks. This is the first of two paid expansions with the second slated to arrive in Fall 2022.

Roll7 is also working on Rollerdrome, a third-person shooter/skating title for PS4, PS5 and PC. It’s out on August 16th and sees players gunning down foes in skating arenas, performing tricks to restore their ammo. For more details, head here.