Barring any more delays, People Can Fly’s Outriders will be out in April. To help prepare PC players for the looter shoots, the development team has revealed its settings and requirements for the platform. Various other options have also been outlined, like UI customization, ultrawide screen support (demonstrated in the video below), Nvidia DLSS support, and full cross-play among all platforms.

Hardware needed for the Ultra preset is yet to be revealed. Whichever setting players go for, a 60 FPS experience seems guaranteed. You’ll need 70 GB of storage space for it though. Outriders is currently slated to release on April 1st for Xbox One, Xbox Series X/S, PS4, PS5, PC and Google Stadia. A free demo will be available on February 25th. 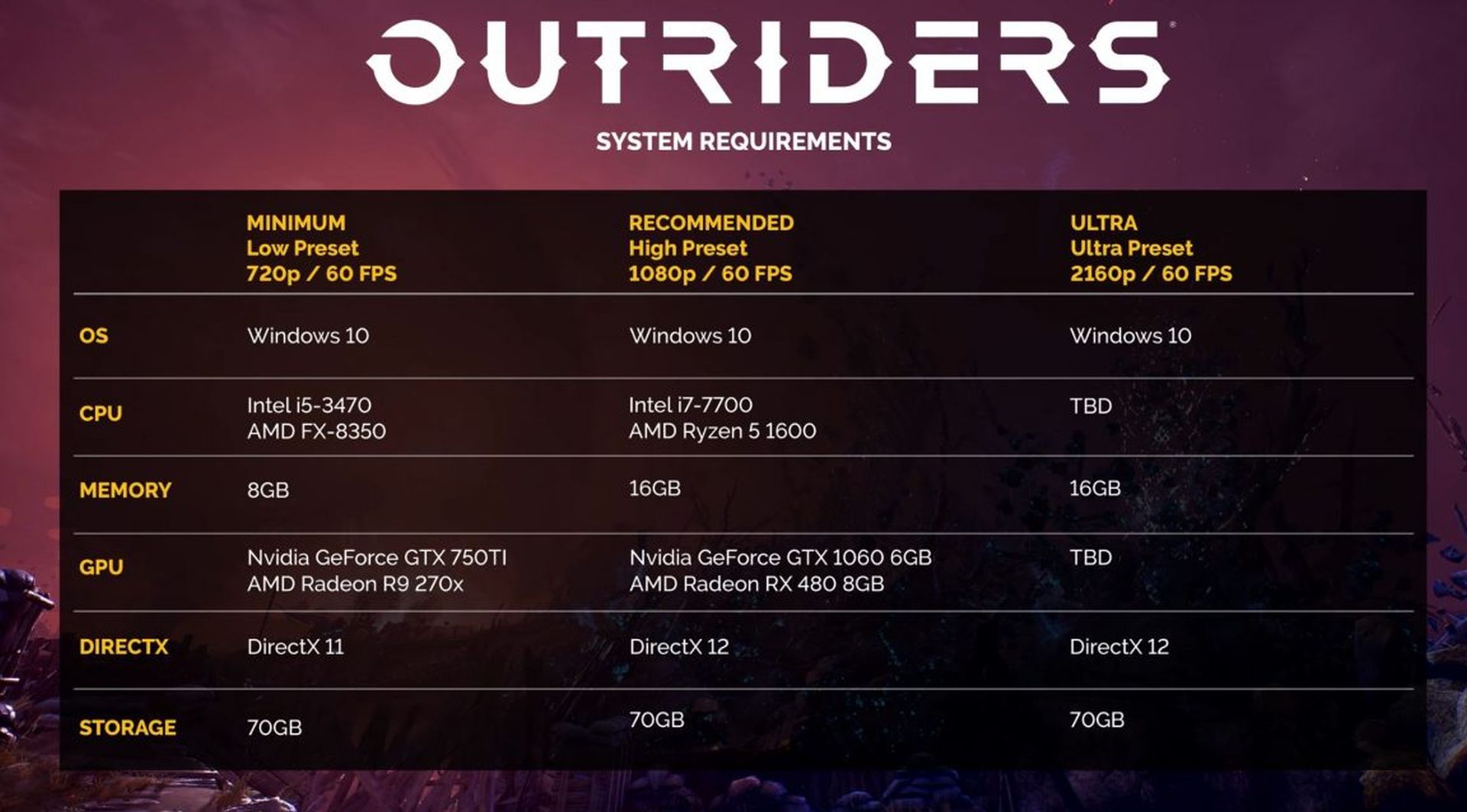