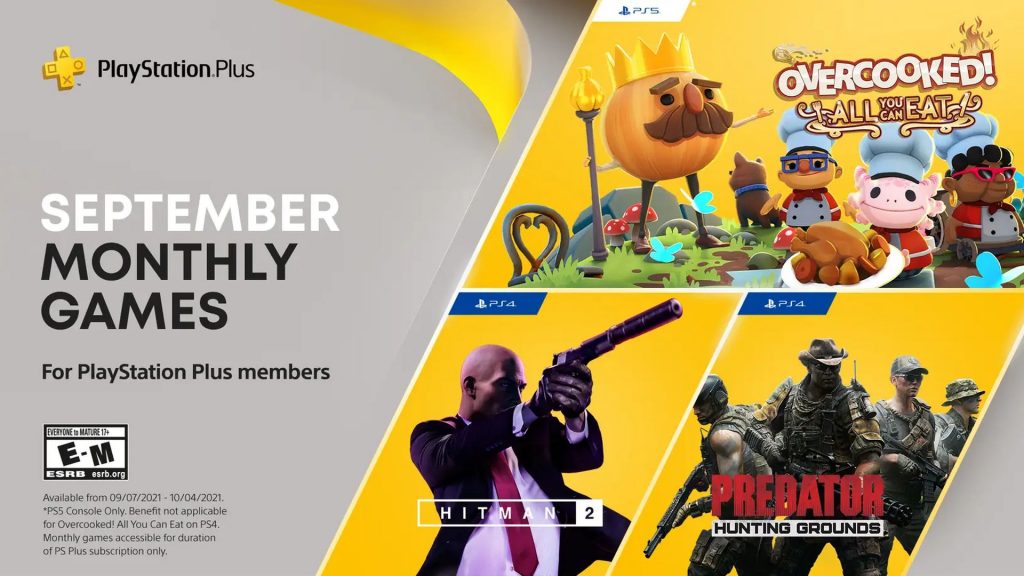 Sony has announced the free titles that will be available for all PlayStation Plus subscribers in September 2021. These include Overcooked: All You Can Eat! on the PS5, and Hitman 2 and Predator: Hunting Grounds on the PS4. They will be available to claim from September 7th to October 4th.

Overcooked is the quintessential party game series and Overcooked: All You Can Eat! includes pretty much everything. Both games along with their DLC are included and remastered, providing hundreds of different levels to co-op in, both locally and online. Hitman 2 is the follow-up to Hitman (2016), providing more sandboxes for Agent 47 to assassinate his targets along with new modes, the new Sniper Assassin mode and much more.

As for Predator: Hunting Grounds, it’s an asymmetrical multiplayer shooter from IllFonic, the team behind Friday the 13th: The Game. It sees four players, armed to the teeth with military weapons, completing objectives while being stalked by the Predator. Despite a rough launch, it’s received a number of updates and improvements overtime.