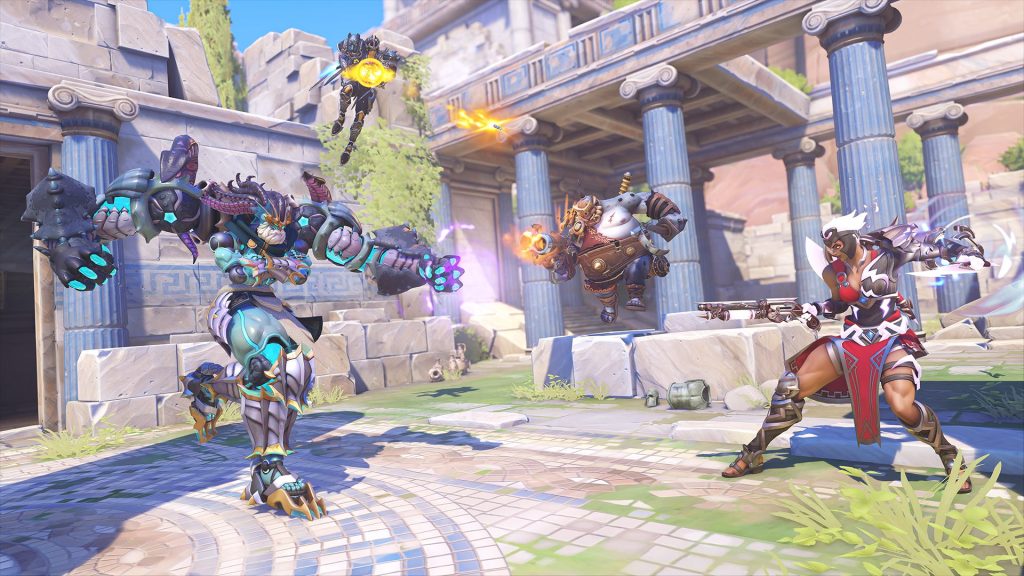 Overwatch 2’s newest limited-time mode, Battle for Olympus, is now available until January 19th. The free-for-all deathmatch mode features seven heroes with unique powers based on Greek mythology, fighting it out for supremacy. In a new blog post, Blizzard Entertainment has outlined each hero’s kit.

For instance, Poseidon Ramattra’s Ravenous Vortex creates a whirlpool that pulls foes in before launching them up. His Pummel also deals more damage and travels further. Cyclops Roadhog can unleash Divine Whole Hog, which lasts 15 seconds and increases his size while adding 600 health. He can also shoot boulders that deal “massive damage” and deal five times the regular melee damage.

Check out each hero’s abilities below. Each hero’s kills are tracked throughout the event, with the winner getting a special statue on Ilios (Ruins). Completing challenges also unlocks new voice lines, player titles and the Legendary Mercy skin “Winged Victory.” Stay tuned for more details on upcoming events, including Lunar New Year, in the coming weeks.