After revealing Overwatch 2 at BlizzCon 2019, director Jeff Kaplan commented later that he had “no idea” when it would release. The answer may be sooner than we thought. PlayStation Brazil recently tweeted out a link to an interview with Blizzard about the sequel. However, in that tweet, it stated that Overwatch 2 would be released this year.

The tweet has since been deleted, but not before a screencap of the same, along with a translation, were made available (thanks to Enderdoes on Reddit), which you can take a look at below. On the one hand, it’s possible that the 2020 release window isn’t locked down and was tweeted by mistake – after all, the official interview is still up on PlayStation Blog Brazil.

Then again – and this is perhaps the more popular opinion – it’s possible that the game is out this year and PlayStation Brazil jumped the gun with its tweet. It’s hard to say, but Kaplan did note that we’d be hearing more about Overwatch 2 at BlizzCon 2020. Would a release shortly after the convention be too far-fetched?

Time will tell. Overwatch 2 is currently in development for Xbox One, PS4, PC, and Nintendo Switch. 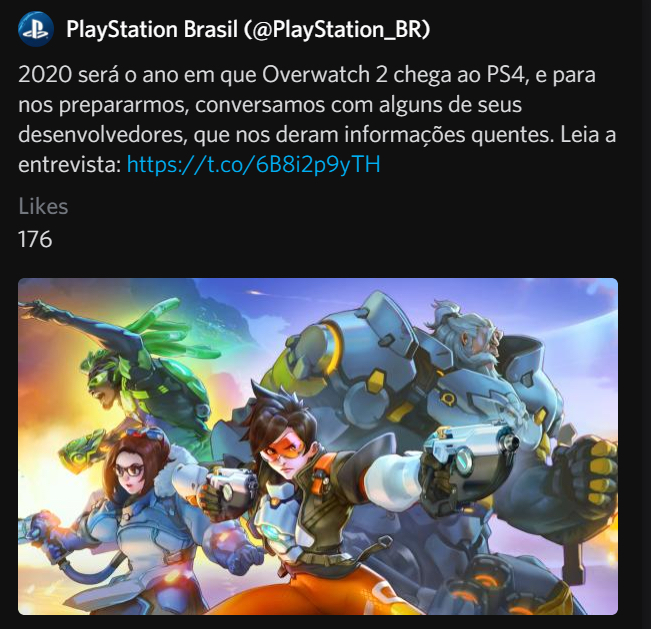