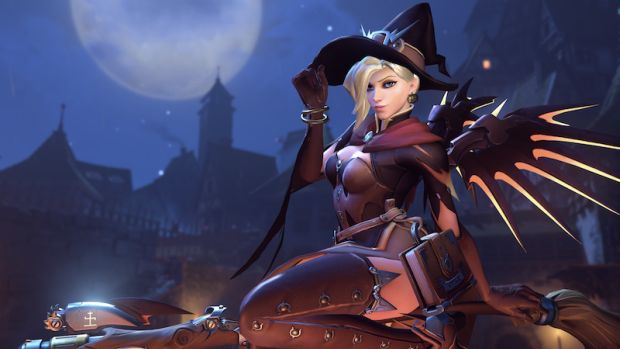 Blizzard Entertainment has dated the return of Overwatch’s Halloween Terror event. It arrives on October 9th and will run till October 31st. A tweet from the official Overwatch Twitter teased a spooky version of Château Guillard. Check it out below.

Château Guillard, as many are aware, is an estate belonging to Widowmaker’s family. Functioning as a free-for-all deathmatch map, it’s possible that this will serve as a new Horde mode-esque map for players to battle enemies in. Of course, it’s likely that the spooky version will be available for normal FFA. Also, don’t be surprised if 2016’s Eichenwalde map returns for one more go-around.

A new event means new cosmetics like skins, voice lines, sprays, highlight intros, and emotes, which you can expect Blizzard to start hyping up till the event kicks off. Is it too much to ask for a Bride of Junkenstein skin for Widowmaker? One could certainly hope. Stay tuned for more details in the coming week.

There’s a rumor among explorers
About a monolithic lair
Home to terrifying horrors
Heroes, how will you prepare? pic.twitter.com/XK7W7e0SKA