Get nine wins and unlock the Dr. Angela Ziegler skin by December 2nd. 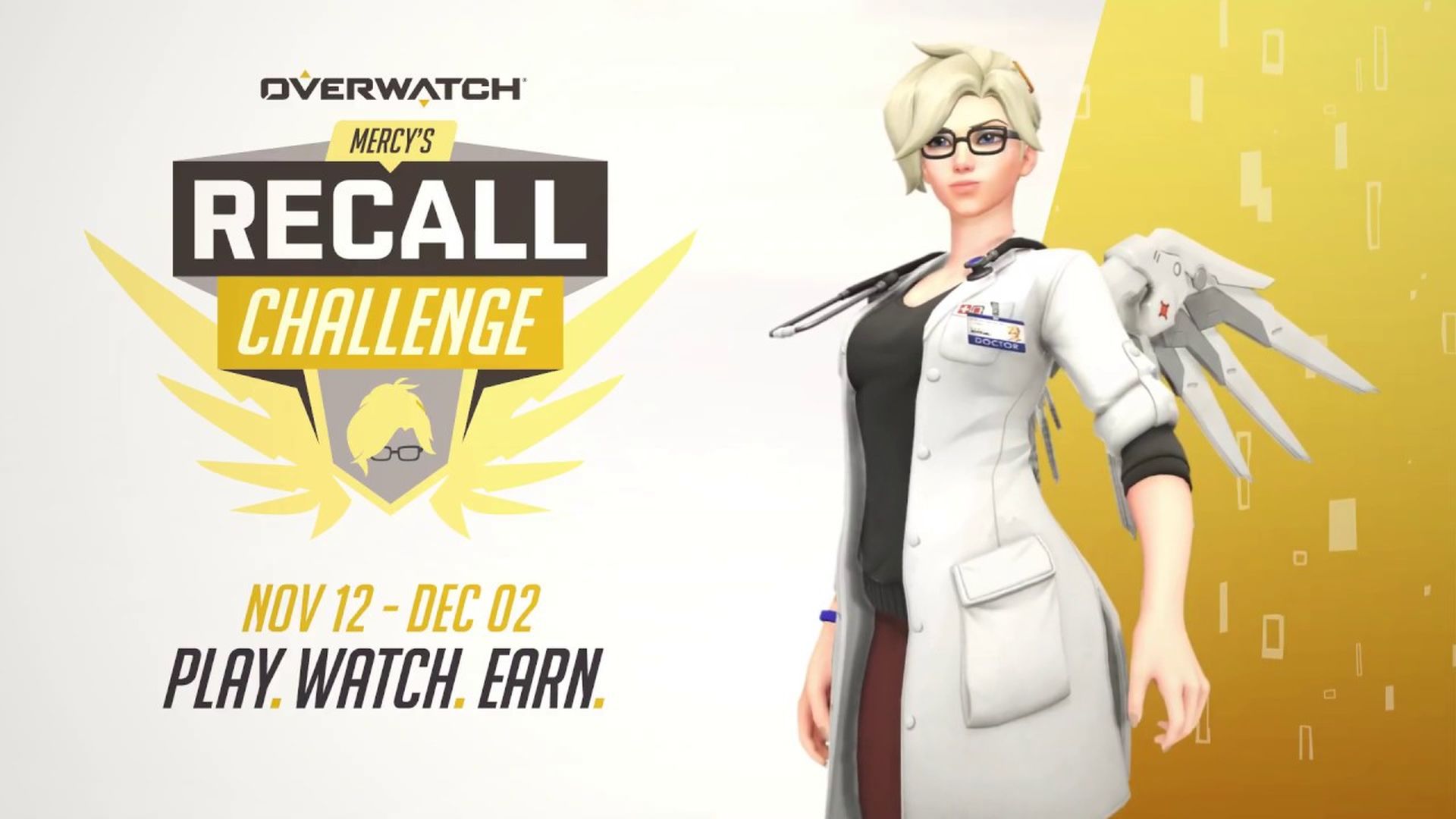 Following the recent short story “Valkyrie”, Blizzard Entertainment’s latest challenge event for Overwatch is available. Mercy’s Recall Challenge will run from November 12th to December 2nd. It offers a variety of rewards like icons, sprays and a free Legendary Dr. Angela Ziegler skin (which you can see in the trailer below).

Much like previous challenge events, you need to get three wins nets a player icon. Six wins provides two free sprays of Dr. Ziegler. Nine wins gets you the Legendary skin which calls back to Mercy’s job before returning to Overwatch. Winning matches in Quickplay, Competitive and Arcade will count towards one’s progress in the challenge.

In other news, Blizzard have announced that Overwatch 2 is in development and will be coming to Xbox One, PS4, PC, and Nintendo Switch. It will offer updated looks for all the current heroes with future heroes, maps and modes being free for Overwatch 1 players. The main focus is on the new story missions which take place post-Recall and feature hero abilities, upgrades and more.