The Game Awards Will Feature New Showings for 30-40 Games, Including “a Fair Number” of New Announcements

Producer and host Geoff Keighley also confirms that though "a couple" of the new showings will be CG trailers, "a lot" of them will show gameplay.

The Legend of Zelda: Tears of the Kingdom Takes the Top Spot in Famitsu’s Most Wanted Charts

The upcoming Nintendo Switch exclusive has jumped up to the top of the charts, with Final Fantasy 16 slotting in at second place.

With these handy pointers, you'll be much better equipped to face the horrors that Jupiter's dead moon will throw your way.

The Last of Us HBO Series Receives Stunning New Trailer

The TV series premieres on January 15th, 2023, for HBO Max and features Pedro Pascal and Bella Ramsey as leads, Joel and Ellie.

Beating down foes is satisfying, but the right Runic Attacks, Enchantments, Relics, and so on can make this even easier. Check out all of them here. 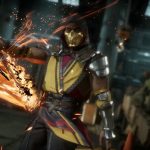 A very straightforward remake misses some opportunities, but delivers a fun enough outing for genre and series fans nonetheless. 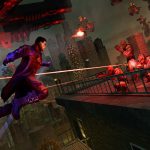