The next free expansion involves investigating and hunting down the Immortal Syndicate. 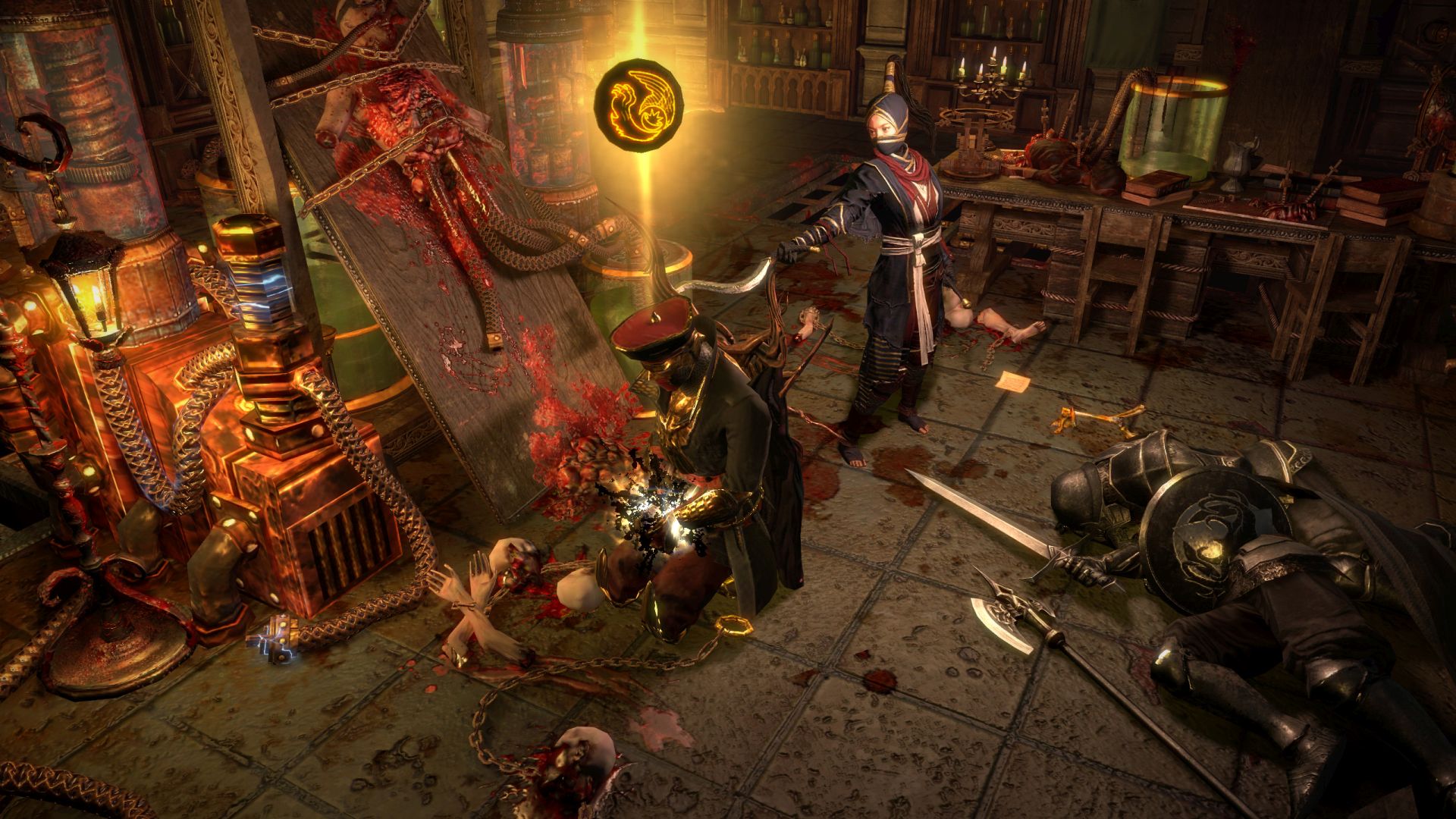 Grinding Gear Games have finally unveiled their next upcoming expansion for Path of Exile, called Betrayal. Coming December 7th for PC (which is the same date the PS4 version launches) and December 10th for consoles, the free expansion sees players hunting the Immortal Syndicate, working their way up through the chain of members to defeat the head honcho. Check out the reveal trailer.

What’s intriguing about the system is how players can approach the different Syndicate members. There are four divisions, each with their own rewards and quest mechanics. Also, the player doesn’t have to kill Syndicate members – instead, they can be bargained with, interrogated, executed, and even encouraged to betray their allies.

It’s a very Shadow of Mordor-like system, but we’ve never seen it in an action RPG like this. Along with the new League, Betrayal will also make Incursions and Delves permanent, introduce new masters and bring a new kind of item called Veiled Items to the loot pool. That’s on top of the new skills, weapons, Atlas map areas and much more.