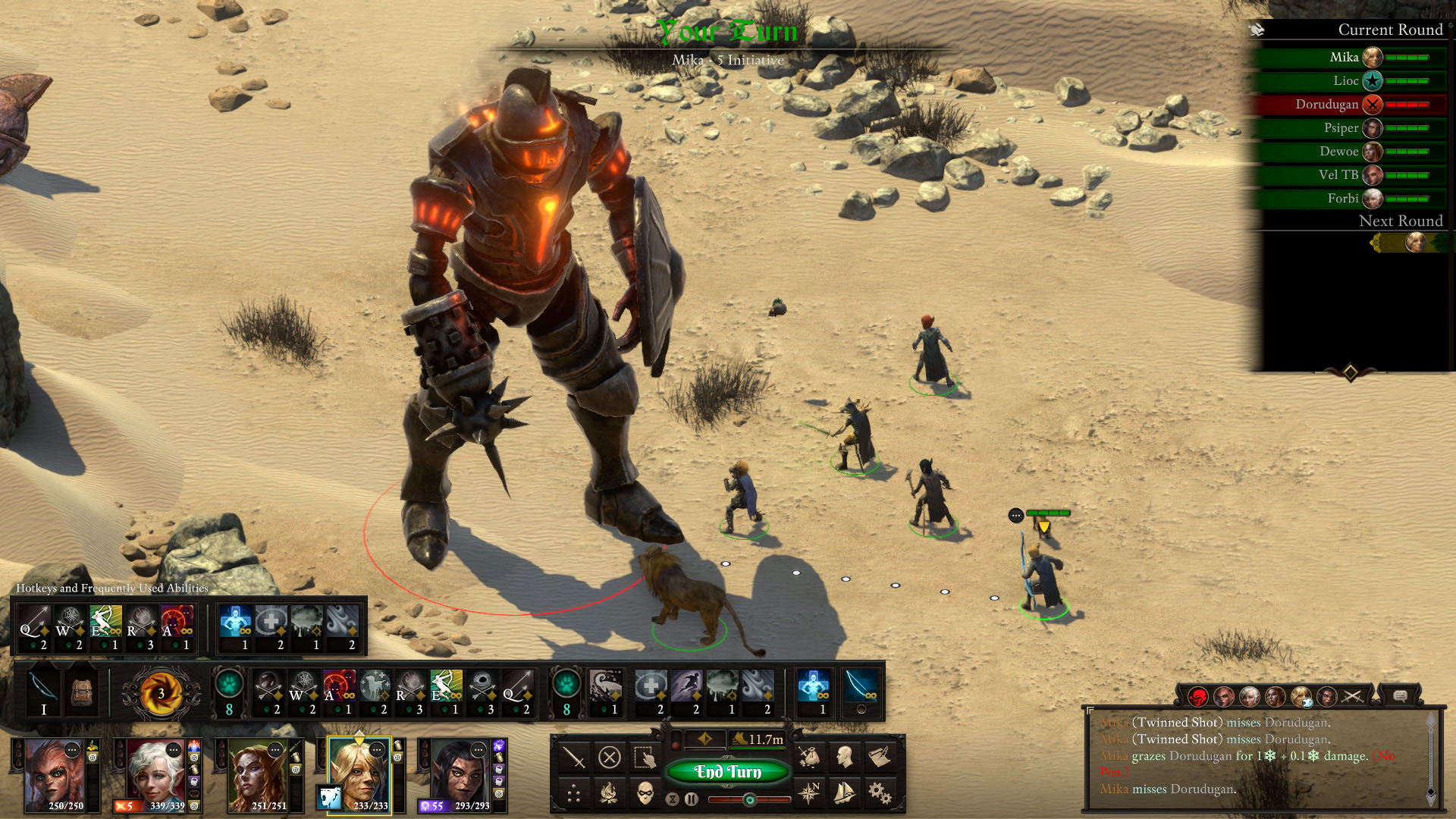 Obsidian Entertainment is making a rather nice change to Pillars of Eternity 2: Deadfire. On January 24th, players will receive the option to go with either real-time or turn-based combat. This isn’t just an option for the sake of taking turns – Obsidian has revamped the user interface, rebalanced encounters, and done much more to make turn-based combat feel good.

Speaking to PCGamesN, director Josh Sawyer talked about why so much work had gone into turn-based combat. It takes a lot of inspiration from Larian Studios’ Divinity: Original Sin 2, which has been one of the top sellers on Steam since its release. But aside from emulating that success, Sawyer feels attachment rate is fairly important as well.

“As time goes on, no matter how good the DLC or expansions are, the attachment rate goes down pretty sharply,” he said. “If you release content a year after the game comes out, it usually doesn’t matter how good it is.

“It’s a big game, so if you’ve played it for 40 or 80 hours it can be hard to jump back in, even if you have a really cool new character concept you want to try out. Hitman has its special modes that add new challenges, like Escalations – it’s playing through the same mechanics but there are new constraints on you. Stuff like that rewards the people who have already established system mastery. It’s not like they have to throttle the knowledge they have, but it shapes their mind a little bit so they have to engage with it in a new way.”

The combat possibilities can be pretty intriguing, from knocking back enemies to setting up for other attacks to factoring in armour ratings. As Sawyer states, “Not a lot of players slow down and look at all the armour ratings on enemies in real-time. But in turn-based, if you’re a ninth-level wizard and have every element to cast from and the time to look around the battlefield, there’s a lot more deliberation.”

How fine-tuned the entire game will be remains to be seen, but it’s still good to see Obsidian Entertainment supporting its title to this extent. It should also be interesting to see how much this will impact Pillars of Eternity 2’s sales on Xbox One, PS4, and Nintendo Switch. Those versions are slated to launch this year.