Add another feature along with Remote Play. 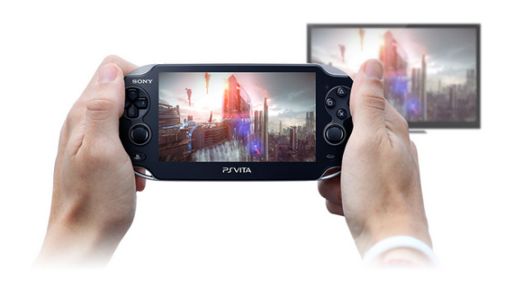 Sony confirmed earlier this year that consumers would be able to play PlayStation 4 games on the PlayStation Vita via Remote Play. Using Cloud computing, it enables players to take their PS4 titles on the go. This was demonstrated at Gamescom 2013 with games like Ubisoft Montreal’s Assassin’s Creed IV: Black Flag.

However, it also seems that Remote Play goes a bit further than that. President of Sony’s Worldwide Studios for SCE Shuhei Yoshida has revealed that you’ll even be able to turn on your PlayStation 4 using the PS Vita.

Will there be any other functions such as the ability to navigate the dashboard with the Vita, or any other functions we don’t know about? It remains to be seen. For now, we know that the PlayStation Vita will support Remote Play for nearly all PS4 games.

The PlayStation 4 is currently slated to release on November 15th in the United States and November 29th in Europe.