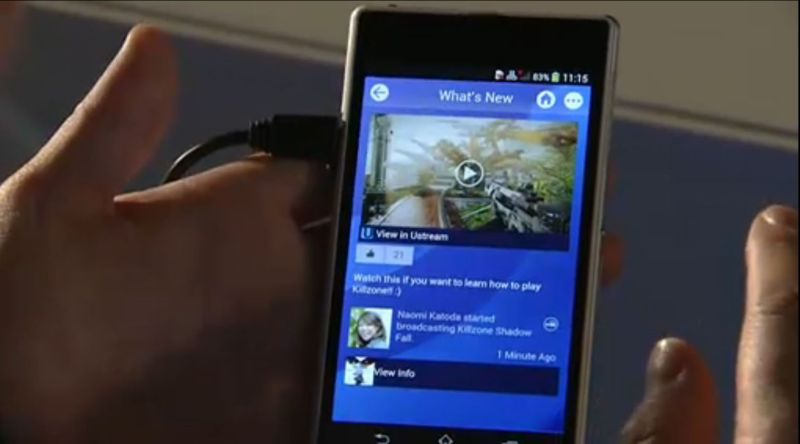 The Official US PlayStation Blog has reported some new details on the upcoming PlayStation 4 app, which will be available for iOS and Android. It will allow your smartphone or tablet to tact as a second screen and includes such features as buying games from the PlayStation Store, watching and live-streaming game footage from your friend’s PS4, sending game invites and more.

There will also be companion game available such as the puzzle game for Knack when it releases in November, and the PlayStation 4 mobile app will be available to all developers, regardless of their size.

Worldwide Studios head Shuhei Yoshida stated that, “There are many big publishers creating their own apps for their games, like Watch Dogs or Battlefield, and that’s great. But smaller developers can use PlayStation App to connect to PS4 and load an application, like drawing software for example, so that you don’t have to download and install a specific app on your smartphone. It’s open to all PS4 developers to use.”

The PlayStation 4 launches on November 15th in North America and November 29th in Europe.