"Teething issues" have prompted Sony to iron out the issues prior to UK launch. 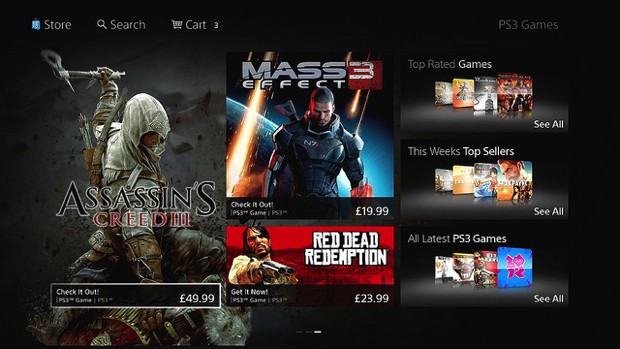 How about that new Playstation Store layout, huh? It looks snazzy, while showcasing plenty of information and despite reminding us a little too much of Valve’s Big Picture and Microsoft’s XBox Dashboard, it works remarkably.

Unless you live in the UK, that is. Eurogamer has recently reported that due to several pre-launch errors, Sony has postponed the launch of revamped PSN.

“The phased launch of the new PlayStation Store has been temporarily postponed in some territories as teething issues related to the global roll-out of the Store are being addressed and resolved.

“It is really important to us that the best possible Store experience is delivered and we appreciate your patience as we resolve these matters. The new PlayStation Store is now live in the following countries: Australia, New Zealand, Sweden, Norway, Denmark, Finland, Belgium, Netherlands, Austria, Switzerland, Germany, UAE, Kuwait , Qatar, India, Israel and South Africa.”

This isn’t to say you’re completely blocked out from PSN, as UK users can access the older version just fine. The new layout should be ironed out shortly, however.