More details about the recently-revealed Wiglett have been unveiled with a new trailer for Pokemon Scarlet and Violet. 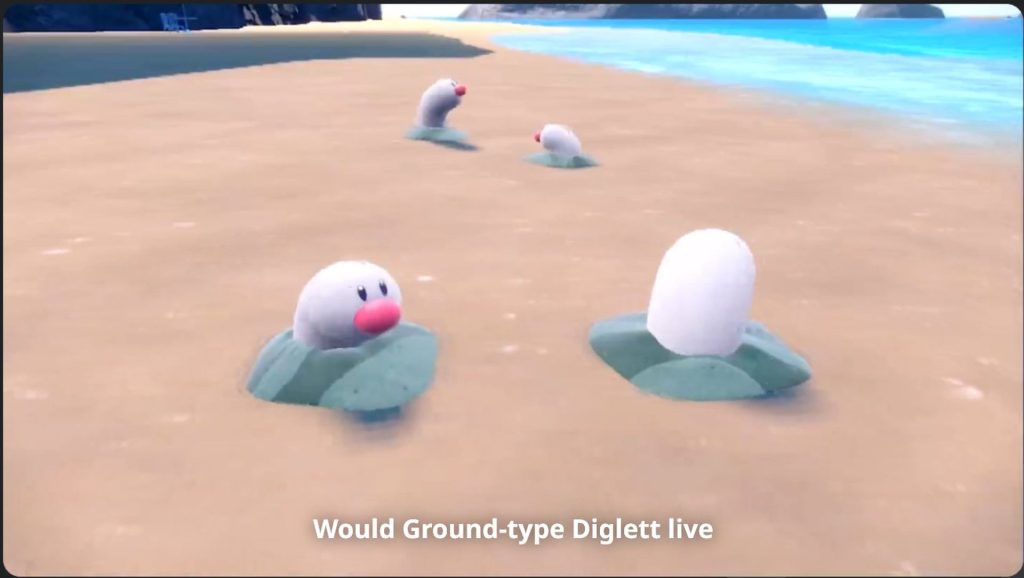 The new generation of Pokemon games, Pokemon Scarlet and Violet, have gotten a new trailer that reveals a few details about the upcoming monster-catching RPG. Check out the trailer below.

The trailer reveals details about the recently-unveiled Pokemon Wiglett. According to the trailer, Wiglett is equipped with an exceptional sense of smell, allowing it to pick up scents from over 60 feet away.

Wiglett also burrows into the sand to conceal itself if it notices the scent of another Pokemon nearby. It is unclear what the rest of Wiglett from underground looks like, or how long it might be.

The trailer also points out that Wiglett’s visual similarities to classic Pokemon Diglett might just be a coincidence and a result of the two Pokemon species’ different environments.

In terms of gameplay, all we know about Wiglett is that it will be a water type Pokemon, and will have the Gooey/Rattled ability.

Pokemon Scarlet and Violet will be coming to Nintendo Switch on November 18. The game is also getting its very own OLED Switch model.