First discovered in the Paldea region, the Ghost Dog Pokemon is extremely friendly but saps the life-force out of those nearby. 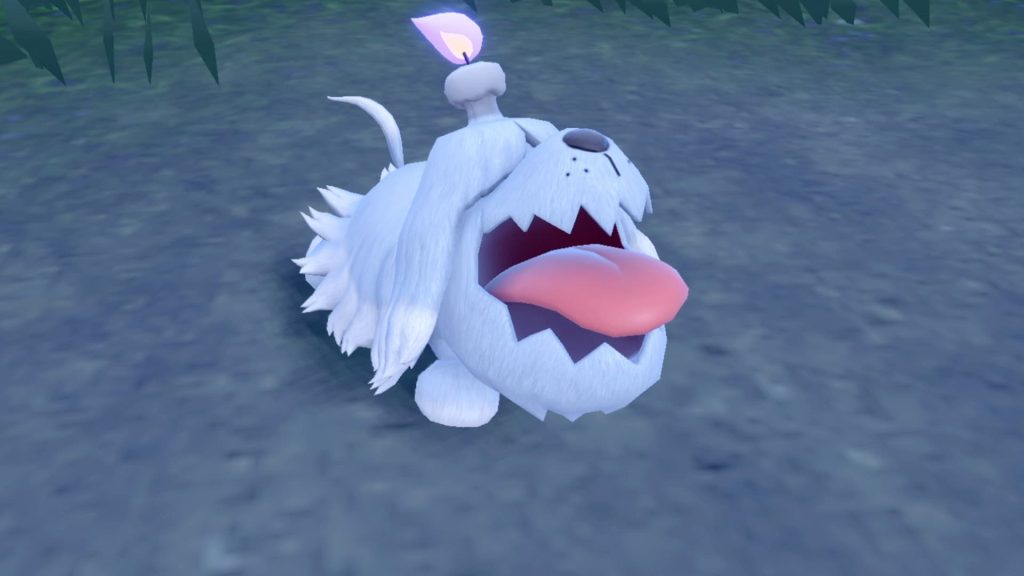 As teased yesterday, Game Freak’s Pokemon Scarlet and Violet have revealed a brand new Ghost-Type Pokemon. Greavard is a Ghost Dog first discovered in the Paldea region, and despite its haunting cry, it’s pretty friendly. Check out the trailer below, which sees a Naranja Academy student embracing its cuteness despite slowly losing their vigor.

The official Pokemon Twitter also posted a short video for Greavard and explained that its life-force absorption is a trait. It’s uncontrollable, but at least it’s not too threatening, which should make it easier to capture. Just make sure to avoid its bite, which is capable of shattering bones.

Pokemon Scarlet and Violet will release on November 18th for Nintendo Switch. Thus far, several new Pokemon have been revealed, including Bellibolt, Wiglett (which isn’t related to Diglett), Ceruledge, Amarouge, Klawf, and Grafaiai. More reveals should be coming in the next few weeks, so stay tuned. In the meantime, head here to learn more about the RPG’s various features.