You’ve probably heard by now. Sony has a PlayStation Meeting scheduled for September 7th. Given that the company already confirmed before E3 2016 that the PlayStation 4 Neo was real – and indeed facilitates better looking experiences for PS4 players – it’s a given that we’ll finally be seeing the upgraded console. Will it be revealed in all its glory (with regards to appearance, at least)? Will it have a price point? In my opinion, the answer is yes to both.

The PlayStation 4 Neo has had a ton of information floating about for a while now. Spec leaks have indicated a GPU rumoured to be 2.3 times more powerful than the PS4’s; a CPU that’s 1.3 times faster; memory bandwidth that’s 1.24 times the PS4’s capacity; and the ability to upscale resolutions of PS4 games to 4K without having the final picture look so plainly upscaled. It’s not likely that Sony does a PS4-style reveal with the Neo though – it won’t just showcase a few games and leave the price point and appearance up in the air.

Mostly because given the nature of the PS4 Neo, Sony won’t be able to get by with showing a few upscaled demos. Exclusives are also unlikely as well given how Sony will want to target “inclusiveness” as opposed to excluding its millions and millions of PS4 owners. The PS4 retails for $399 these days though it’s possible to get it for cheaper depending on the outlet. A safe bet for the PS4 Neo’s price is $499. I’d lean closer to $449 but that’s probably being too optimistic. This would surely put to rest suspicions that Sony would increase Neo’s power to combat Microsoft’s Project Scorpio. However, because Scorpio is rumoured to be leaning close to $599, Sony can remain competitive at $499 while offering a 4K experience – upscaled though it may be – along with VR through PlayStation VR. Such a price point is harder to achieve with more powerful hardware.

It also means that the PS4 Neo could launch by December 2016 or even early next year to get a head-start on Scorpio. Another compelling reason Sony could opt for a December 2016 launch is in order to offer PlayStation VR bundles with the PS4 Neo and PS4 Slim (which we’ll get to shortly). 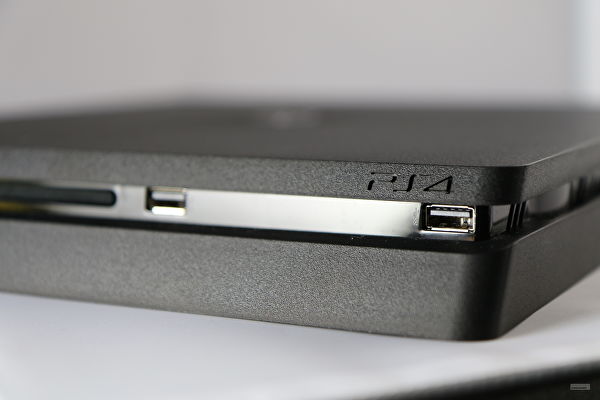 Thanks, Digital Foundry for the image.

"If Sony wants to properly showcase the difference that an upgraded console can make on visuals, it’ll likely stick to its established headliners."

While many have speculated on how PlayStation VR’s visuals could be improved further with the power of Neo, it’s likely to exist as a separate entity that doesn’t bank too much on the hardware of the console in question. That being said, it wouldn’t hurt to offer a complete “entertainment experience” of sorts with PlayStation VR/Move/PS4 Neo bundles. It’s yet another way to combat Scorpio’s marketing as a 4K and VR compatible device.

Expect demos for PS4 Neo at the Meeting showcasing the difference between games running on a standard PS4 and those running on the upgraded console. Our money is on The Last Guardian making an appearance – the game is conspicuously absent from Sony’s Tokyo Game Show lineup, so it makes sense to keep it in the press with its release coming next month. Other games likely to be showcased include the recently delayed Gran Turismo Sport, Horizon: Zero Dawn (which, as rumoured, is looking pretty good on Neo), God of War, Media Molecule’s Dreams and maybe even Days Gone. Remember that they’re not guaranteed to show up but if Sony wants to properly showcase the difference that an upgraded console can make on visuals, it’ll likely stick to its established headliners. We wouldn’t put it past a few third party titles like Call of Duty: Infinite Warfare and Resident Evil 7 to show up for Neo demos but it’s unlikely.

In terms of appearance, your guess is as good as ours as to what the PS4 Neo could look like. Given the images of the PS4 Slim that have been circulating, it’s likely that Sony sticks to designing Neo more like the base PS4. That means a less plasticky design though we wouldn’t put it past them to eliminate the signature blue streak.

"Look at this as Sony advertising some bells and whistles, along with a brand new experience in the form of PlayStation VR, but still remembering it’s “for the gamers” tagline."

As for the PS4 Slim, look for it to replace the base PS4 model going forward, perhaps at a reduced price as well ($349 would be the sweet spot in this case). At this point, the console has already been leaked to hell and back. To see it not announced and releasing around the same period as the PS4 Neo would be hilarious in its own right.

What does this all mean for you and your future PS4 titles? Frankly speaking, there doesn’t seem to be much reason to panic. Sony will be marketing this console to a more 4K-centric crowd but won’t put too far beyond the range of the original console. After all, the $399 price is one big reason of many as to the PS4’s dominance. Look at this as Sony advertising some bells and whistles, along with a brand new experience in the form of PlayStation VR, but still remembering it’s “for the gamers” tagline. In that respect, new gameplay footage for its exclusives would likely be a highlight in their own right on September 7th. Throw in some Vita games as well because who doesn’t need a reminder that the Vita is still alive?

What do you expect to see at Sony’s PlayStation Meeting? What are your thoughts on potential price points for the PS4 Neo and PS4 Slim? Let us know in the comments below.