Make a choice in-game and follow a different plot device as a result. 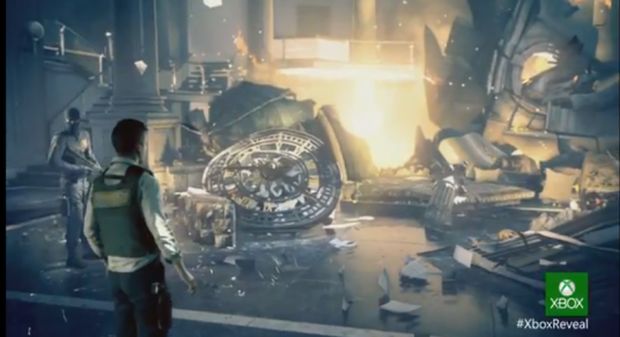 Xbox One exclusive Quantum Break is beginning to open more in terms of details. We now know that we’ll be able to play as the game’s villain in key “junction points”, and the game will use DI4D’s nine camera facial capture set-up for accurately modeling facial expressions. Now, according to writer and creative director Sam Lake in conversation with Polygon, we’ve come to know that episodes of the TV show that will run in conjunction with the game will be included on the game’s disc.

“Acts of the game are interwoven with episodes of the show. What we have as connecting tissue are these moments of choice related to the fiction of time powers. Our bad guy in the game has the most powerful time powers of all, and he has this junction ability where he’s able to see glimpses of different futures, different timelines. It’s almost like a dynamic player-created cliffhanger at the end of each act.

“You get to explore these glimpses and visions of two different futures, and you make a choice as to which comes to be. And from that we shift into an episode of the show. From the first scene you’ll get alternate content depending on the choice you’ve made.”

So depending on the choices you’ve made, you’ll witness different episodes of the show accordingly. Snazzy or downright gimmicky? We’ll find out more over the coming months.