Weapons have random perks, so you may find a shotgun that either sets enemies on fire or fires with a UV flash to petrify vampires. 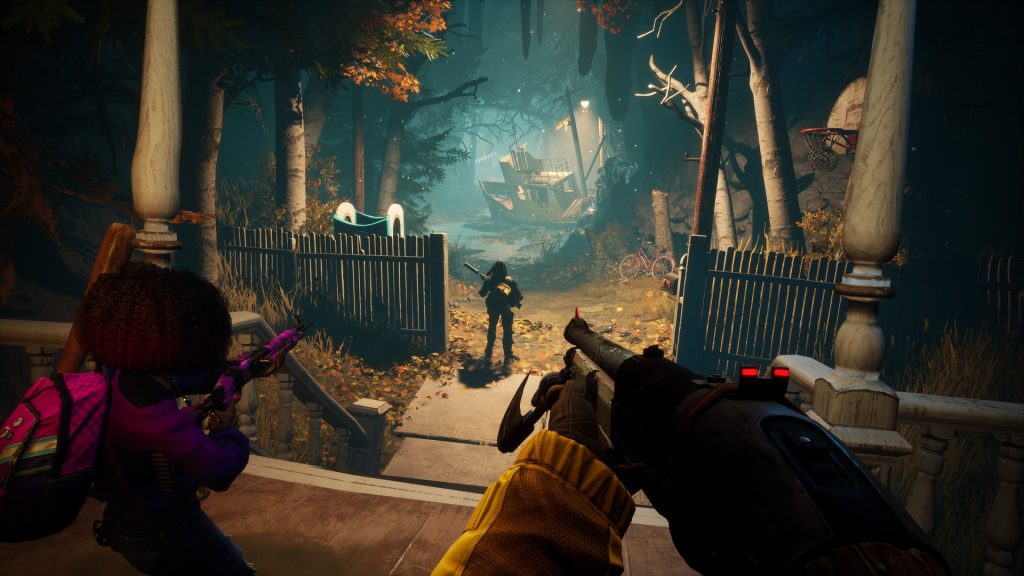 One of the big releases of 2023, and a much-needed Xbox exclusive for Microsoft, is Arkane Studios’ Redfall. Set in the titular Massachusetts town after it’s been closed off to the world by vampires, it sees four characters fighting back. Each has four skill trees to go with their unique play styles, but what kinds of weapons can players expect?

Speaking to GamesRadar, studio director Harvey Smith said that the “usual array” of weapons like assault rifles are present. However, many have been “jury-rigged by the locals because they’ve been cut off.” As such, you’ll find random perks on each weapon, and some are specifically for killing vampires.

“Your weapons can have stakes on the end – if the vampires are vulnerable, the only way to truly kill them is to stake them. Otherwise, they regenerate. There are flare guns, UV beams, and even stake launchers – which use found ammo like broken-off pool cues and fireplace pokers.” To which creative director Ricardo Bare says, “You know, the kind of weapons you would want if you were having to kill vampires.”

Of course, the loot system emphasizes “looking at the traits of each weapon you find and deciding if it’s what you really want.” For example, there’s a double-barrelled shotgun with a greater chance to set enemies on fire. However, another version of this has a chance to fire a UV flash that freezes vampires in a ten-foot radius (while also performing better at long-range).

So after defining your play style, as determined by the character traits in each tree (with other general options like increasing ammo storage and health recovery), you’ll hunt for weapons that complement it. Weapons can be out-levelled, and you’ll want to scrap them as time goes on. Smith notes, “It’s all a part of a dynamic combat system that we have going on. Knowing when to use one gun versus another and knowing when to switch to one of the vampire hunter guns is all relevant to the experience.”

Redfall doesn’t have a release date yet, but it’s rumored to launch in early May for Xbox Series X/S and PC. Along with being described as more Far Cry and S.T.A.L.K.E.R. than Left 4 Dead, it’s also more of a shooter than Arkane’s previous efforts, to the extent that the developer received assistance from id Software. Stay tuned for more details in the coming months.