Chris Redfield’s character model from Resident Evil 7 has been discovered in the recently released remake’s files.

With Resident Evil 2 out now, people have started digging around in the game’s files, and apparently, there’s some interesting stuff in there. A user over on the Resident Evil Modding forums has discovered that a character model for Chris Redfield is in the files for the recently released remake. The model discovered in the files it the same one that is seen when Chris makes a brief appearance in Resident Evil 7 (as well as in a much larger role in the Not A Hero DLC, followed by another brief appearance in the End of Zoe DLC).

His presence in the game’s files is certainly interesting. Chris Redfield doesn’t, of course, make an appearance in Resident Evil 2– Leon and Claire serve as the game’s protagonists, and Chris is only mentioned by name. The question of whether Capcom have something planned for the character by way of future downloadable content is an intriguing one- perhaps they might add him to the Ghost Survivors mode? Maybe he’ll be part of something else entirely? We do know that Capcom are considering more DLC for Resident Evil 2, so it’s not completely out of the question.

You can take a look at images showing Chris’ model in Resident Evil 2 below- but then again, it’s not like the game is short on content as it is. It released to rave reviews (including from ourselves), and has been selling very well as a result, having shipped 3 million units in just its first week. 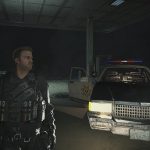 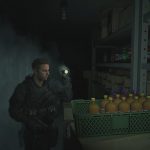 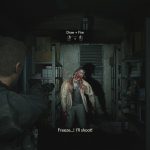 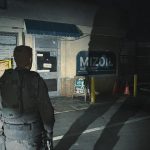