Includes an 11 inch high quality figure of Jill Valentine along with other merch.

Capcom unveiled Resident Evil 3, a remake of the classic PS One title that’s releasing next year. Along with confirming that the title would include Resident Evil Resistance, the previously unveiled co-op multiplayer experience, Capcom has announced a Collector’s Edition. This is available exclusively at GameStop for North American consumers and retails for $179.99.

For that price, you get the base game, an 11 inch high quality Jill Valentine figure, a double-sided poster with a Raccoon City map, the digital soundtrack and a hardcover artbook. Of course, you also receive the Classic Costume Pack with the original outfits for Jill and Carlos on pre-ordering. This is also available for Standard Edition pre-orders though.

Resident Evil 3 releases on April 3rd 2020 for Xbox One, PS4 and PC. It’s releasing a little over one year since Resident Evil 2 arrived for current-gen platforms. Thus, many features like the over-the-shoulder shooting and redone outfits and designs for the main characters have been implemented. Expect a lot more information to arrive in the coming months. 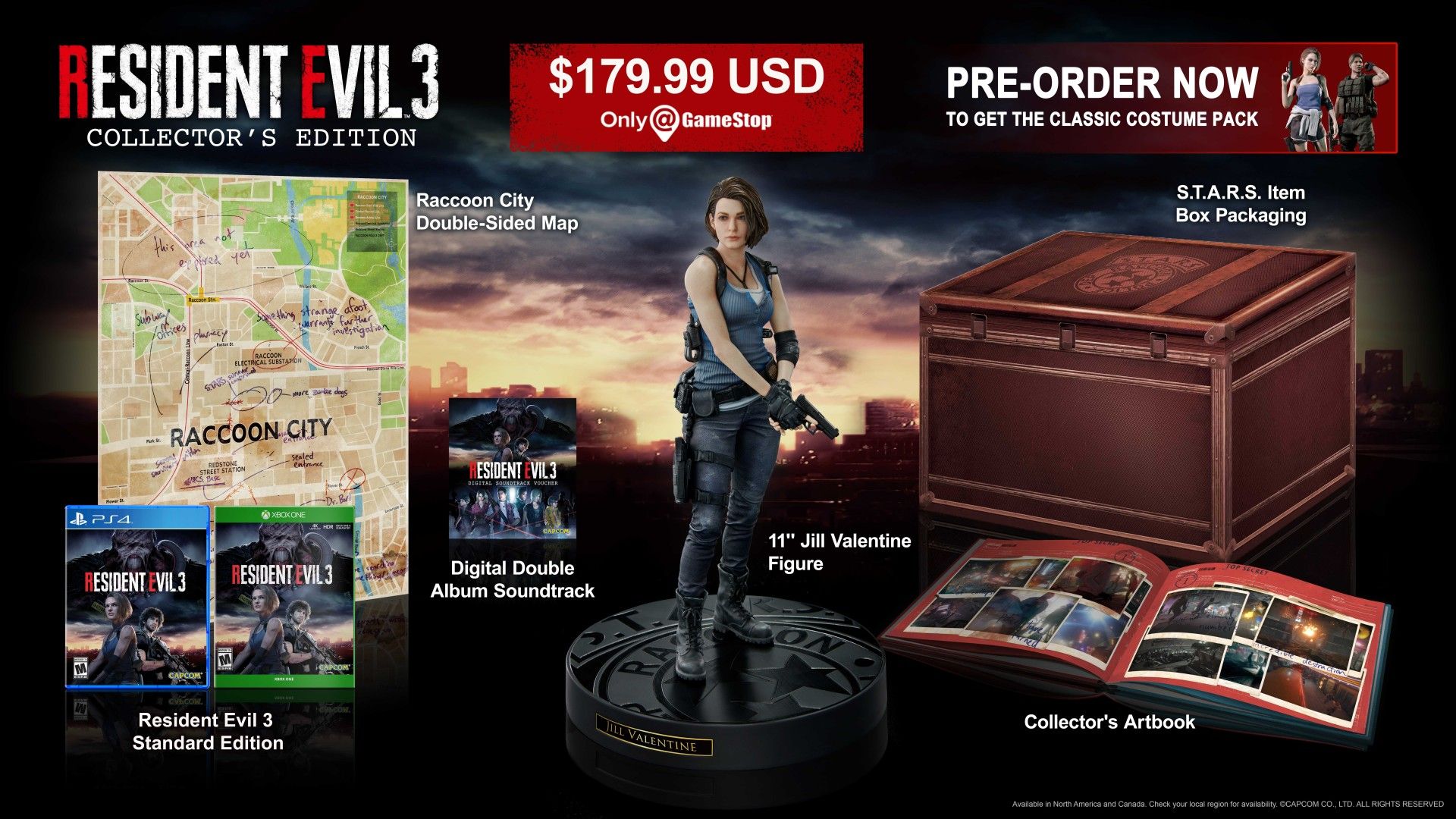