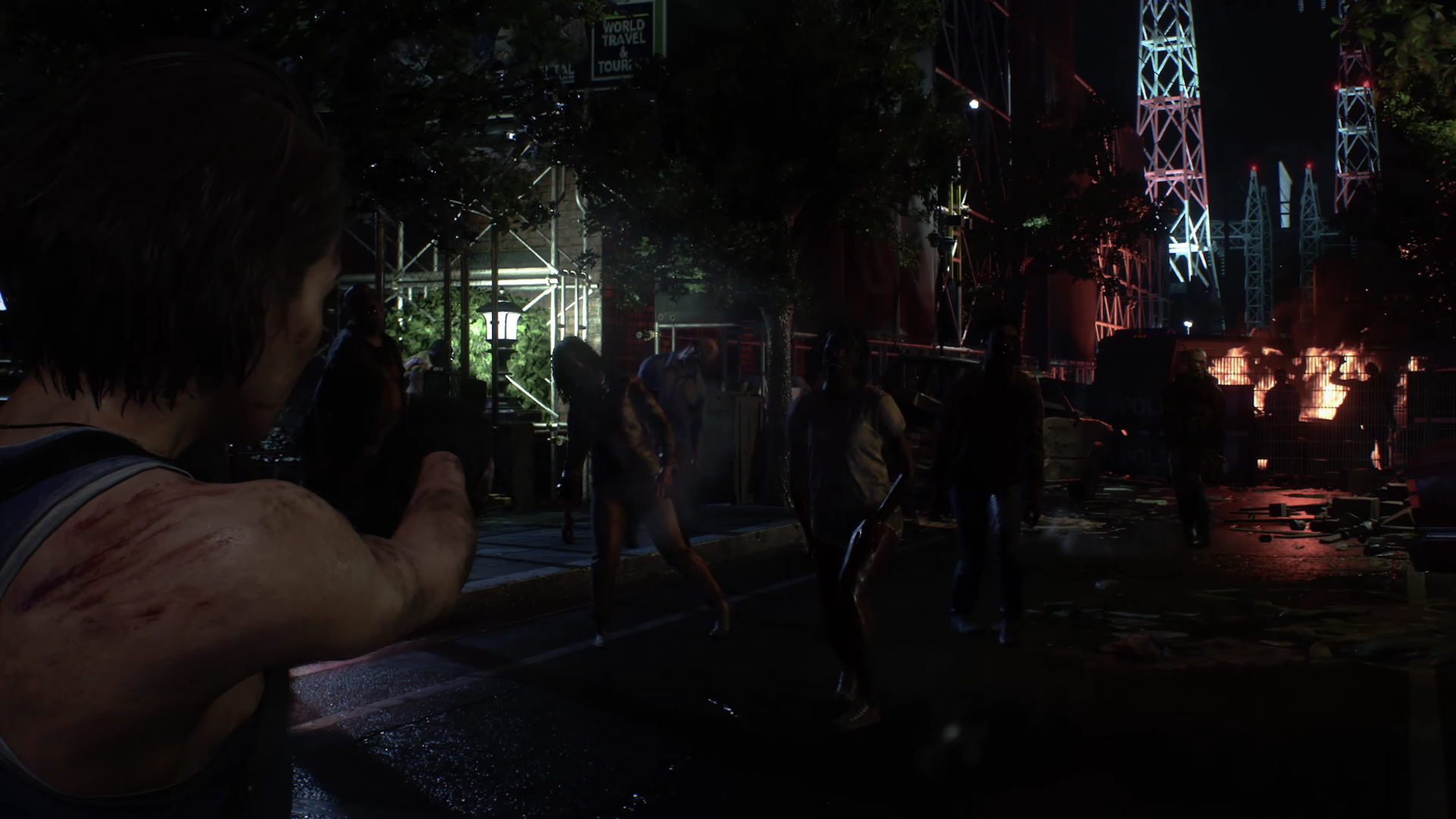 Capcom recently announced that all the leaks were right after all, and that a remake of Resident Evil 3 is indeed coming to PS4, Xbox One, and PC– as early as April 2020, in fact. The reveal trailer showed a lot of interesting stuff, including glimpses from cutscenes, gameplay moments, teases of dangerous foes, and much more. Along with the reveal trailer, Capcom have also released a special developer message video that goes over some more details from the game.

Resident Evil 3 will be, like the Resident Evil 2 remake, an over-the-shoulder third person game (so don’t be fooled by all those first person shots in the trailer), and this video gives several glimpses of the game in action, as Jill walks through the alleys of Raccoon City while contending with zombies. The video also goes over the changes that have been made to the character models of Jill Valentine and Carlos, while also briefly showing gameplay footage from the game’s multiplayer component, Resident Evil Resistance. Take a look below.

Resident Evil 3 is out for the PS4, Xbox One, and PC on April 3, 2020. You can also pre-order a limited collector’s edition of the game, which comes with – among other things – a Jill Valentine figure. Get more details on the entire package through here.