The PvP multiplayer game's launch won't be too far behind Village's, it seems.

2021 is a big year for Resident Evil, with Capcom’s celebrated survival horror franchise turning 25. That’s a special anniversary, and it’s being marked in several ways. While the imminent launch of Resident Evil Village is obviously going to be the headlining event, Capcom has other things in the pipeline as well. PvP multiplayer title Resident Evil Re:Verse, for instance, is also in the works, and has been receiving betas over the last few weeks. Now, we might also know when the game will launch in full.

Capcom recent sent out emails to members of its Resident Evil Ambassadors program, in which they mentioned the upcoming Resident Evil Village demo. Following that, they also spoke briefly about Re:Verse, and interestingly enough, mentioned that it is “scheduled to begin in the summer of 2021.” Take a look below.

Resident Evil Re:Verse, whenever it launches, will be available for PS4, Xbox One, and PC, and will also be playable on PS5 and Xbox Series X/S via backward compatibility. If you purchase Resident Evil Village, you’ll get access to Re:Verse for free. 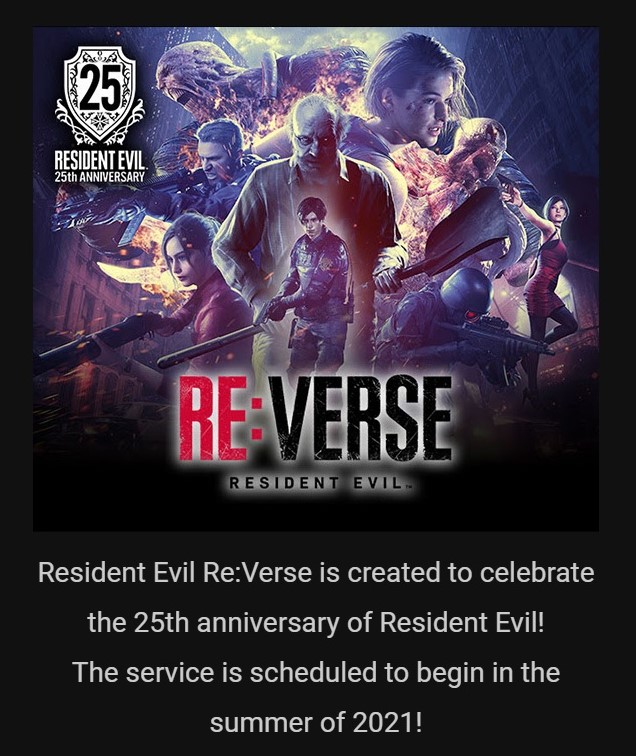