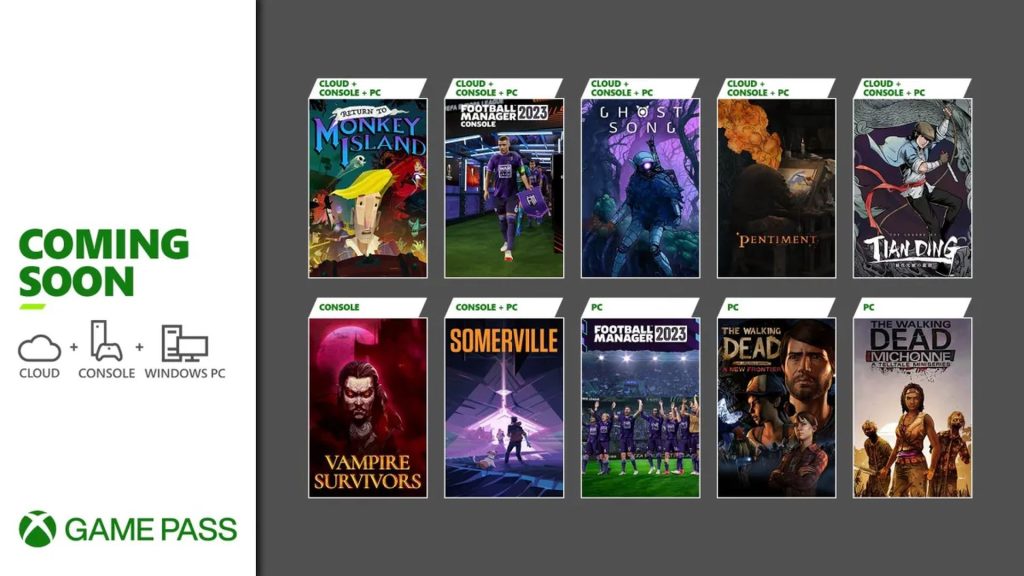 Microsoft has revealed the first wave of titles coming to Game Pass in November. Starting today, beat-em-up The Legend of Tianding is available for Xbox consoles, PC, and cloud. The Complete Seasons of The Walking Dead: A New Frontier and The Walking Dead: Michonne are also playable on PC.

On November 3rd, 2D side-scrolling adventure title Ghost Song will be available on consoles, PC, and the cloud. This is followed by Football Manager 2023 for PC and Football Manager 2023 Console for Xbox, cloud, and PC on November 8th. The critically acclaimed Return to Monkey Island will also be playable on the same day for consoles, cloud and PC.