Returnal – 15 Tips And Tricks To Keep In Mind

Housemarque's challenging roguelike shooter should be a little easier to get started in with these handy pointers.

Returnal is a challenging game. Combined with its roguelike structure and the inherent difficulty of most of its firefights, it’s a game that will regularly put your skills to the test. As players prepare to jump into Housemarque’s latest, here, we’ve combined a few handy pointers that should hopefully give you a bit of a head start as your begin your journey through Atropos. Let’s start with some of the basic stuff, and then move on to more specific tips.

ALWAYS STAY ON THE MOVE

Returnal’s combat is some of the busiest, most frantic you’ll experience in a game of its kind, and perhaps the single most piece of advice you’re going to get that you should keep in mind throughout the entire game is this- always, always stay on the move. More often than not, you’ll be attacked by large groups comprised of different kinds of enemies, dealing different kinds of attacks and moving in different ways. Staying still in any single area is a quick way to die and reset your progress for the next run, so make sure that you’re always on the move. Use your dash liberally, and sprint whenever you’re not shooting.

YOU CAN DASH THROUGH ATTACKS

Speaking of the dash- it’s the best, most useful, and most necessary tool in your arsenal in Returnal, and will be throughout the entirety of the game. There’s a couple of things about it that you should always remember. For starters, holding down O instead of tapping it once will give you a longer dash, so keep that in mind when dealing with attacks that do damage over a large area. More importantly, you can dash through attacks. The dash gives you I-frames so that even when you’re dashing through attacks, you won’t sustain any damage. That can be a crucial tip in many situations, especially in some of the boss fights, so always keep it in mind.

As mentioned, Returnal puts a lot of emphasis on movement- in fact, it puts most of its focus on movement, and not much on accuracy, unlike most shooters. As such, it’s best to stick with hip firing. You can certainly aim down sights if you want to, but that doesn’t gel with the constant need of movement very well. Besides, hip firing is plenty accurate on its own- just aim in the general direction of an enemy, and your shots will find their way home more often than not.

Combat forms the bulk of the experience in Returnal, but there’s more to the game as well that you shouldn’t be ignoring. Exploration is a key element of the game as well, and ideally, you should be exploring environments thoroughly. From health upgrades to crucial items to help you with your build to parasites to stronger weapons, Returnal usually rewards you for your curiosity handsomely.

TAKE A STEP BACK IF YOU’RE OVERWHELMED

In Returnal, you’ll often find yourself overwhelmed, especially in the earlier hours of the game. Large groups of enemies might come at you and put up an imposing challenge. If you find yourself on the wrong side of a fight, it’s best to take a step back and head to previous rooms. If there are other branching paths you hadn’t explored previously or optional rooms you had ignored, go do those first, and maybe you’ll be able to come back with more health or healing items or a strong build. If not? Well, at least you can take a breath and think through your strategy for the fight ahead. 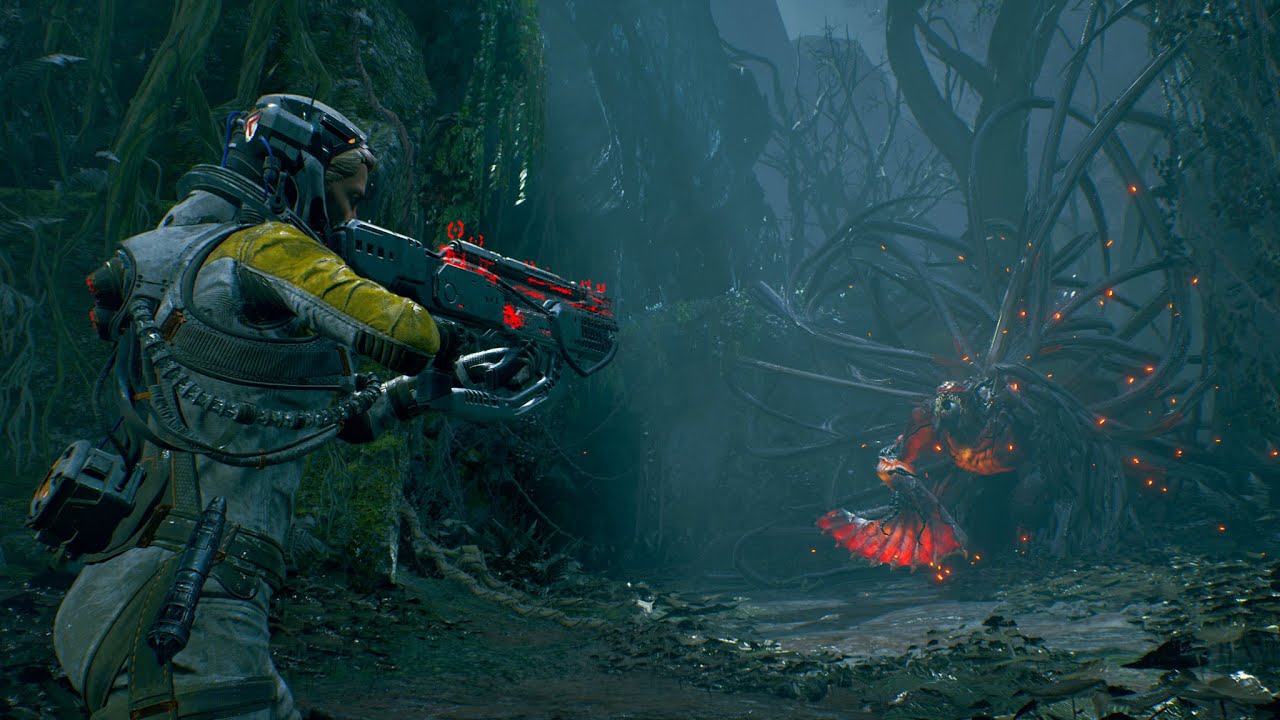 The more you use your weapons in Returnal, the more they’ll level up, allowing you to unlock mods and skills. Unlike most progress in the game, weapon upgrades are unlocked permanently across all runs. Our advice would be to stick with the weapons you like and find most useful in fights. Rather than splitting your attention and dividing progress across a large pool of weapons, it’s best to stick with the ones you like so that you can make focused and faster progress with them. 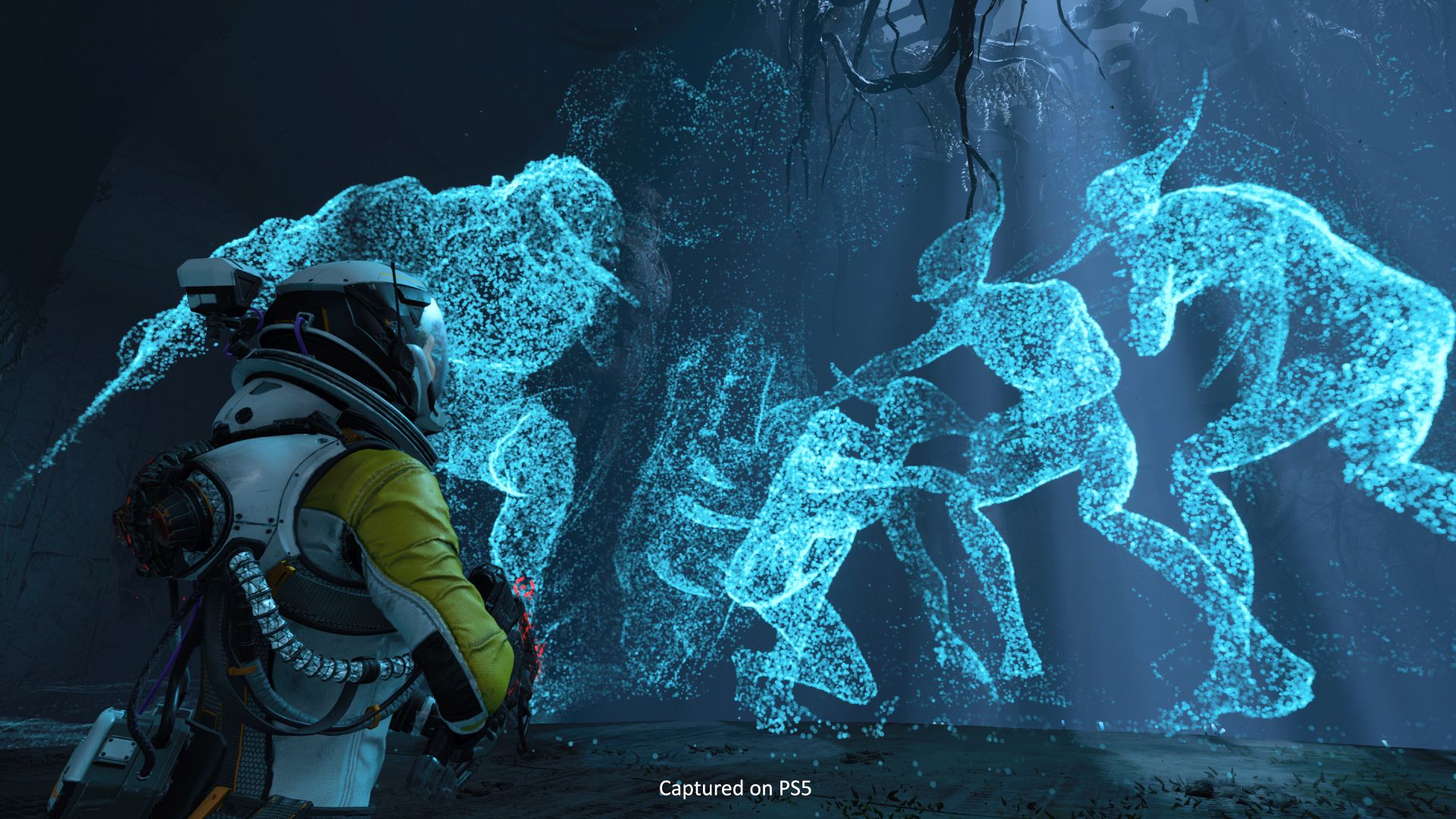 One of the weapons you prioritize for upgrades should definitely be the pistol, especially early on in the game. The pistol is the weapon you start every run with. And sure, it usually doesn’t take very long to get your hands on a different weapon in most runs, but starting out with a pistol that’s already buffed out is usually a great way to ensure that you speed up early progress in each run as well. Besides, with the right weapon mod drops, even the pistol can be incredibly useful in a firefight.

Returnal’s guns don’t have ammo, but they do need to reload nonetheless. While you don’t have to worry about running out of bullets, every time you empty a clip or magazine, you have to wait for your weapon to reload. There is, however, a way to cut down on the time you have to wait, with a mechanic called Overload- which is essentially exactly like Gears of War’s active reload. If you fire at the exact time that the reload bar is in a small window, you reload your weapon immediately without having to wait for the bar to refill. Keep an eye on Overload, then, and make sure you utilize it every time you get, because the few seconds it gives you can be crucial in most firefights. 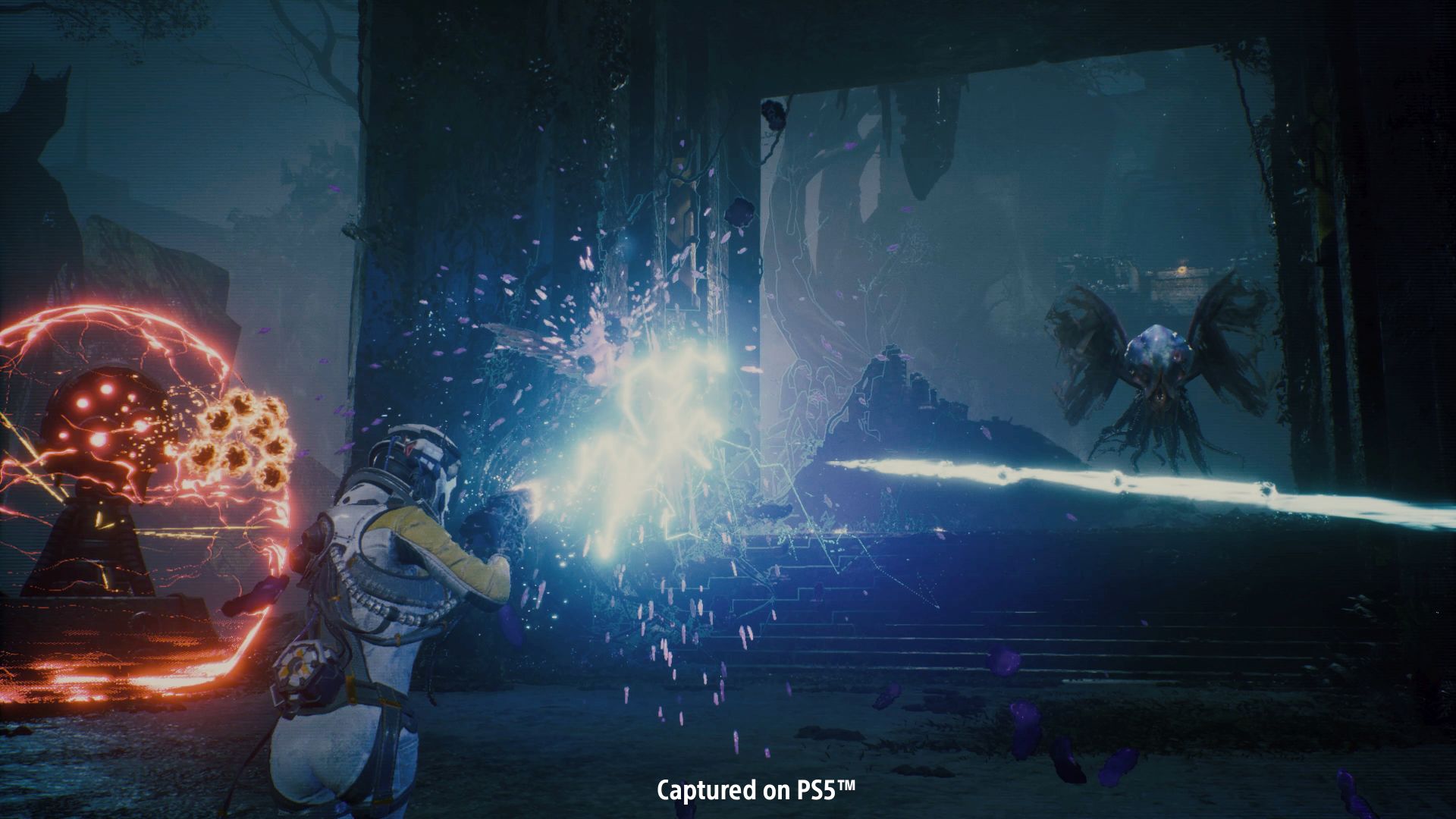 While it might be tempting every time you respawn back at the beginning in every run to just rush through the earlier parts and get to where you were before dying as quickly as possible, we’d recommend being more patient. Take your time, fight some enemies, find a good weapon, build up your build by finding powerful artifacts, purchase some healing items- essentially, make sure that your build is at least as strong (if not stronger) as it was before when you’re getting to the point where you died last time.

Returnal employs a metroidvania design philosophy, which means that you’ll often find new items that will help you reach areas that were previously inaccessible. As such, it’s a great idea to return to older biomes that you’ve already done before to explore areas you missed out on before. And we’re not just saying that for the completionists out there. Often in these old areas, you’ll find new audio logs, uncover more of the story, bits and pieces of new lore, or even unlock new artifacts or weapons to use later on.

Unlike many other roguelikes and rogue-lites, once you defeat a boss in Returnal, you don’t have to fight them again on subsequent runs. That progress is permanent- but you can still take them on if you want. In fact, in some cases, it’s even recommended. If you’re looking to build up your character before heading for bigger challenges, taking on an older boss again can be a great way to do so. Of course, these fights are challenges as well, so you should only do them if you’re feeling confident in your skills and abilities, so keep that in mind.

MALIGNANCY IS (USUALLY) WORTH THE RISK 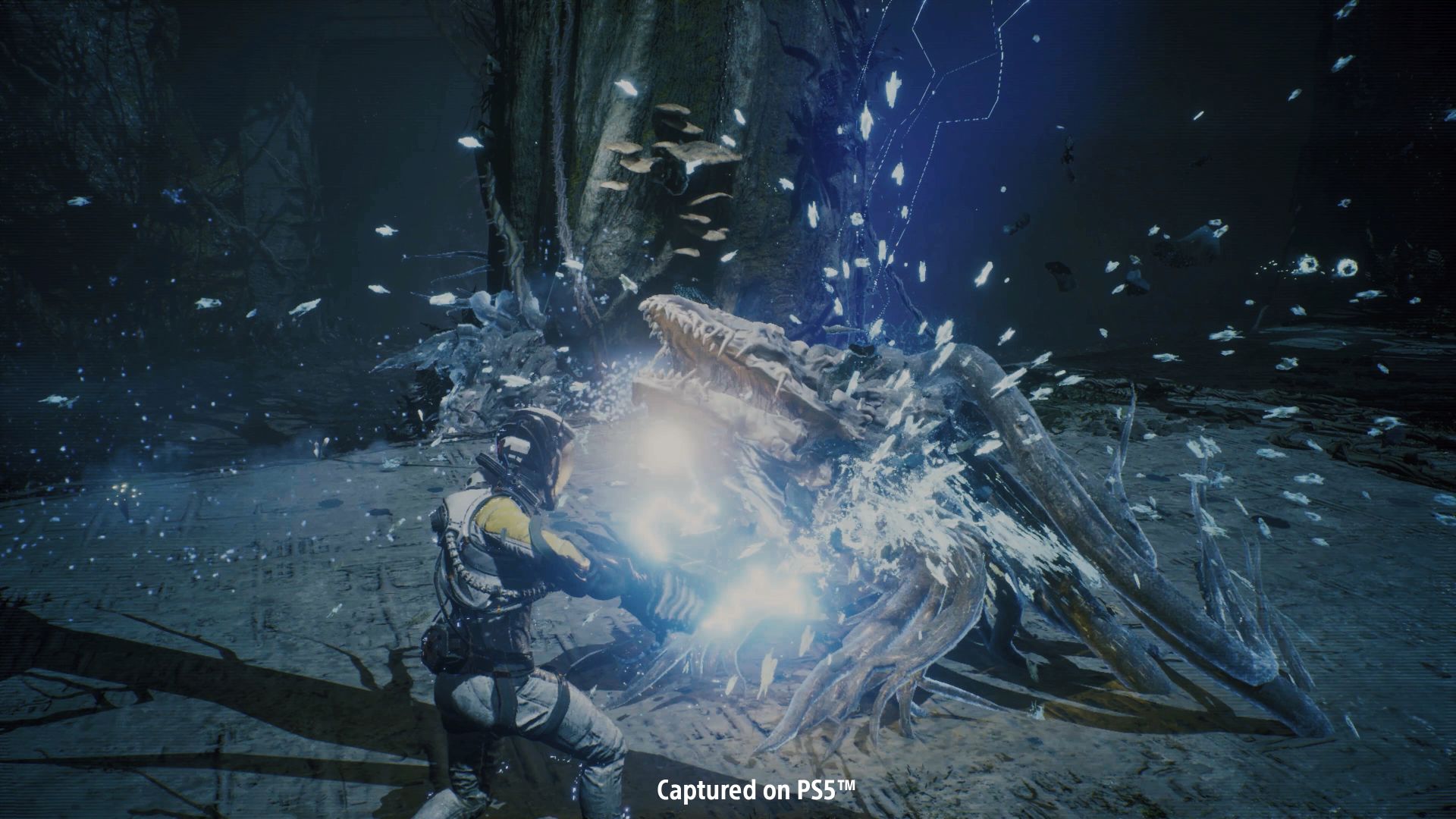 Often, items and chests you find in Returnal will be Malignant, which means there’s a chance that picking them up or opening them will stick you with a suit malfunction. There’s a lot of variables each time- you don’t know how bad the suit malfunction will be, you don’t know how strict the requirements for removing them will be, you don’t know what items those chests will give you, and you don’t even know if you’ll get a suit malfunction. There’s a risk-reward mechanic at play, but even though there’s a lot of unpredictability here, Malignancy is usually worth the risk. Most of the times, the malfunctions are not that serious, and the requirements for removing them aren’t that demanding. Of course, sometimes you’ll be unlucky and get a particularly bad malfunction, but those instances are not that common. 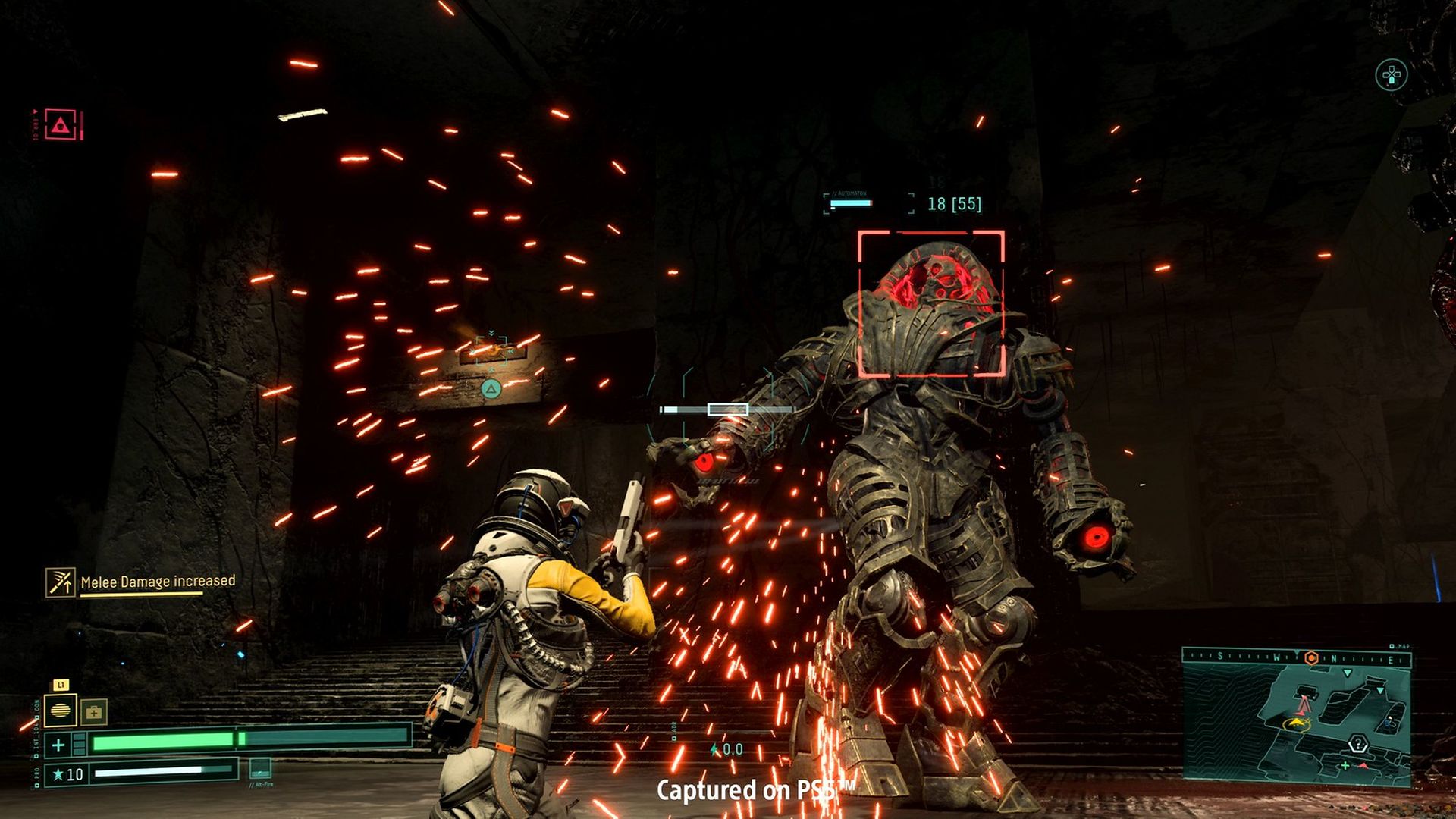 There are two currencies in Returnal- Obolites and Ether, and while Obolites are lost every time you die, Ether is permanent. It’s very valuable, and not very easy to find, so it’s best to hold on to it for when you really need to spend it. Don’t waste large quantities on clearing Malignancy- instead, use it for opening up temporary checkpoints or for summoning items from Cthonos at the beginning of each run.

PARASITES ARE BETTER THAN MALIGNANT CHESTS 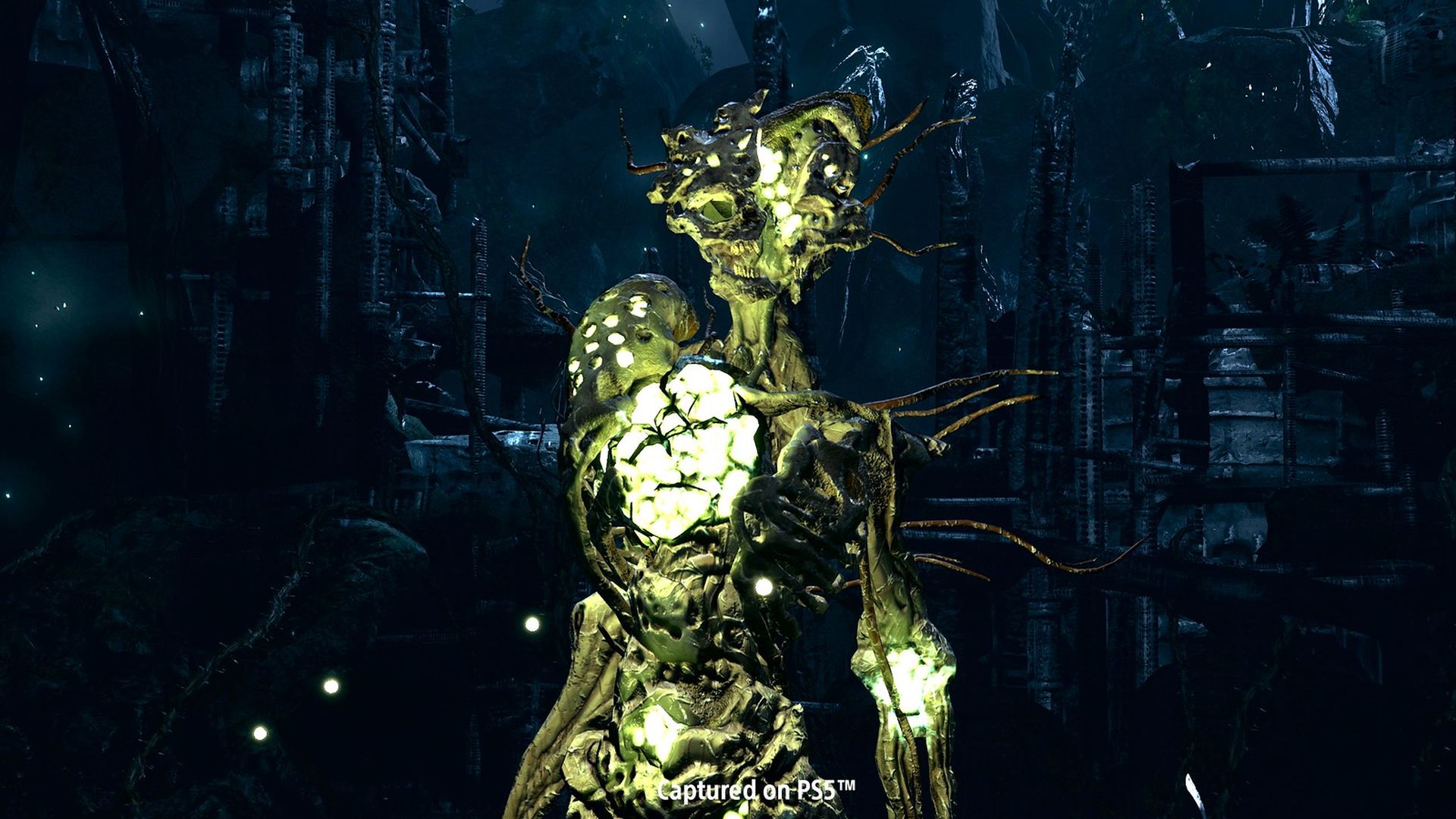 Parasites also have risk-reward mechanics at play, but they’re much more useful than Malignant items. Though the debuffs you get from parasites cannot be removed until you find a way to remove the parasites themselves, they’re also less random and unpredictable than Malignant chests. Every time you know exactly what buff and debuff you’re going to get, so you’ll have a better idea of whether or not you want to take the risk each time in context of the build you’re working toward. 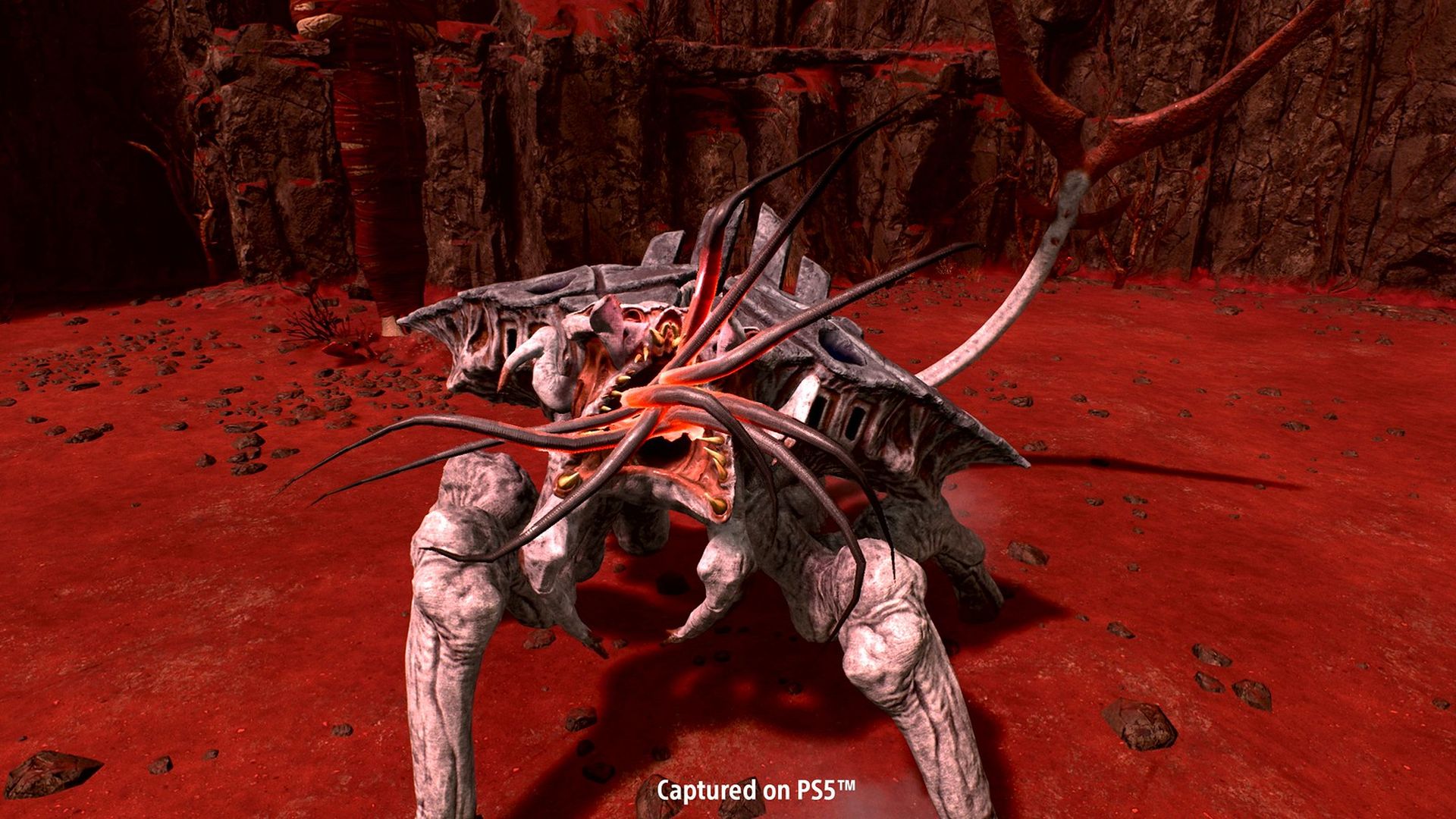 Pretty early on in Returnal, you’ll get a blade that serves as your melee weapon. Now, this here is a third person bullet hell shooter, which means melee attacks are obviously de-emphasized. And while we wouldn’t recommend ignoring your guns and playing the game as a hack-and-slash title, we wouldn’t recommend doing the opposite either. Your melee attacks can be very powerful and do a lot of damage, so getting up close to enemies and hitting them with your blade at times is a great strategy that you should adopt any chance you get.