Two suits will come with at least one version of the game.

In March, the next big PS5 exclusive is set to come out with Returnal. The game looks to be an incredibly unique experience, one its developer hopes will haunt you, while also giving you tons of weapons and a bullet hell-like gameplay experience. We also now know at least one pre-order bonus, and it could hint at some alternate looks for the game’s unfortunate protagonist.

Amazon Germany and Amazon UK have listed a pre-order bonus for the game that consists of two alternate suits for the main character. Her default is a white and yellow suit as seen in the picture above. These two, however, are black and yellow and gray and yellow, and both have different body and helmet designs.

It’s unclear if this is only for the Europe region (though it’s rare for Sony to do that with their first party titles), or an Amazon pre-order exclusive (while the digital PlayStation Store lists 2 in-game suits, it doesn’t show pictures or use names, so we don’t know if it’s the same) . It does seem to hint at the potential of alternate suits, something that also hasn’t been discussed as of writing this. It’s possible this is all there will be, but it opens the potential for more alternate unlocks in-game, or even the ability to mix and match helmets and body designs.

Returnal is still a little ways off, releasing March 19th, so there’s time for Sony to detail all of this- or it may end up being a surprise when it does come out for PlayStation 5. 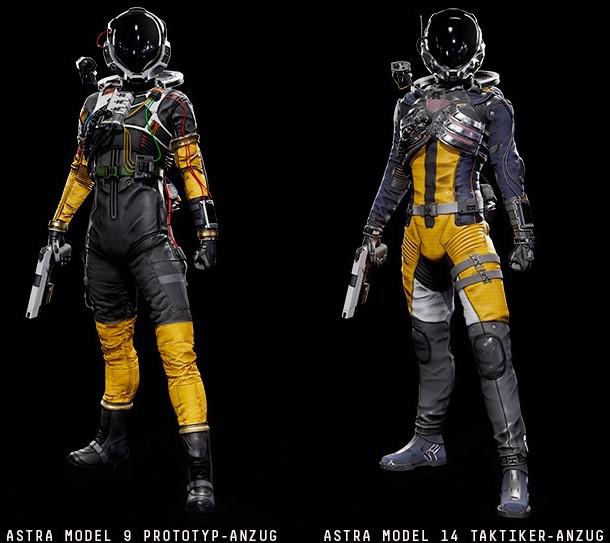